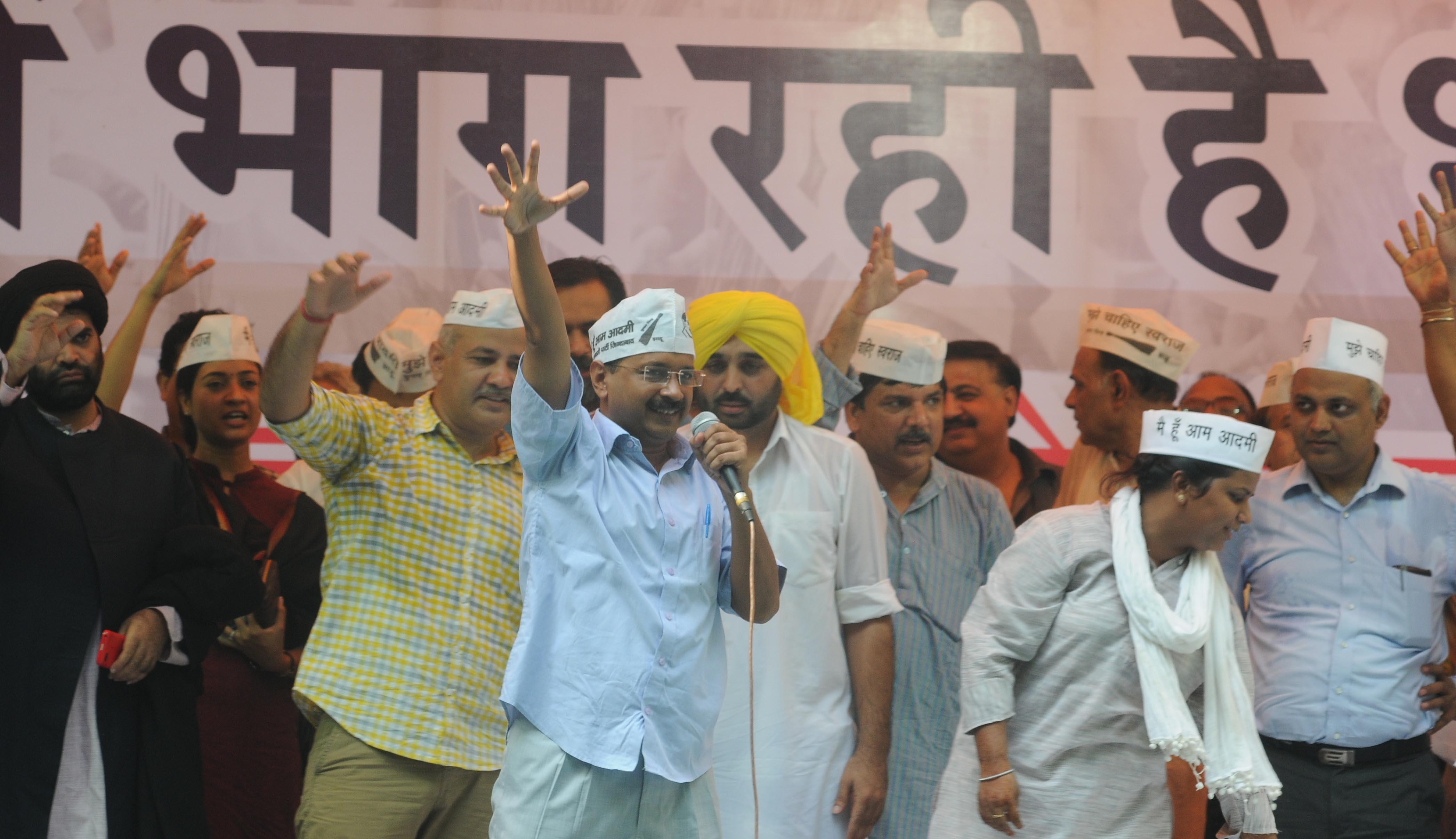 Delhi Chief Minister and AAP National Chief Arvind Kejriwal on Thursday asked the party workers to take a leave from their jobs till elections and join party campaign for ensuring AAP’s victory on all 7 seats in Delhi.

AAP Chief Arvind Kejriwal on Thursday took to Twitter and said, ‘I request all the workers to take leave from their job till elections. Accept Punjab and Haryana, workers from across the country should come to Delhi,” he said in a tweet in Hindi.

Party apart from Delhi is also contesting Polls in Haryana and Punjab. In Haryana, the party has forged an alliance with Dushyant Chautala‘s Jannayaka Janata Party, while the party is going on its own in Punjab.

The Delhi ruling party has always relied on his grassroots volunteers to reach out to its voter base. The party in a run-up to the national polls in its second phase of campaigning has also worked on Door-to-Door Campaign in the national capital.

Apart from focussing on the door-to-door campaign, the party has also planned roadshows, padyatras and several meeting in the national capital that sends 7 parliamentarians to the Lok Sabha.

While AAP in a run-up to the national elections had on Thursday released its manifesto focusing on the full statehood to Delhi. Slamming the Congress President Rahul Gandhi, Arvind Kejriwal speaking during the launch event said only Rahul Gandhi will be responsible for Modi-Shah comes to power again.

Lok Sabha Polls 2019 across the nation has already begun and would spread on Seven Phases starting from April 11 to May 19. Counting of Votes and Results for the mega Battle of ballots will be announced on May 23.