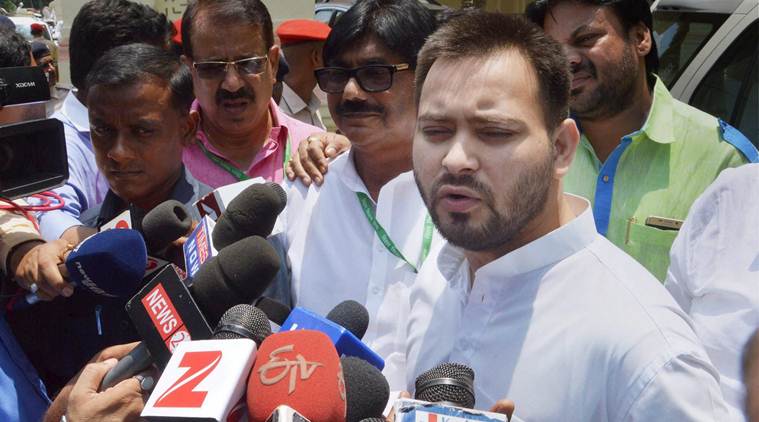 The Grand Alliance or the ‘Mahagathabandhan’ in Bihar forge against the Modi government is slated to hold its first formal deliberation on the upcoming Lok Sabha polls during a meeting on Monday at the residence of RJD leader and Bihar Leader of Opposition Tejashwi Yadav in Patna.

Sources further revealed that the agenda of the meeting is to finalize the seat-sharing among all constituent, and identifying constituencies best suited for each alliance partner. However, a final deal to pack the deal is only taken after the release of RJD supremo Lalu Prasad Yadav serving sentences in fodder scam cases judgment on whose bail application has been reserved by the Jharkhand High Court. Jharkhand High Court reserves judgment on bail Plea filed by Lalu Yadav in Fodder Scam Cases

Moreover, many Grand Alliance leaders off record have been quoted saying that the final announcement of all the seat-sharing deal is made a public affair only after the January, the end of the inauspicious month of ‘Kharmaas’.

Meanwhile, Former Chief Minister Jitan Ram Manjhi rejected all reports about him banking on the idea to re-join NDA. We are not at all insistent on a particular number of seats in Lok Sabha polls, and though we maintain that we are in a good position in at least 20 out of 40 in the state, we will work for the ‘Mahagathbandhan’s’ victory even if we end up fighting not a single seat,” Manjhi asserted.

In another development, Vikashhil Insaan party join forces with the Magagathbandhan in Bihar.

Prior to this on December 23, the counterpart NDA has announced his seat formula for Bihar. Both the Bharatiya Janata Party (BJP) and the Janta Dal(United) have finalized on 17 seats in Bihar. The remaining 6 seats will be contested by Lok Janshakti Party (LJP).

–With Inputs from news agencies

ALSO READ: No relief to Tejashwi Yadav as Patna High Court rejects the plea, asks him to vacate Bungalow