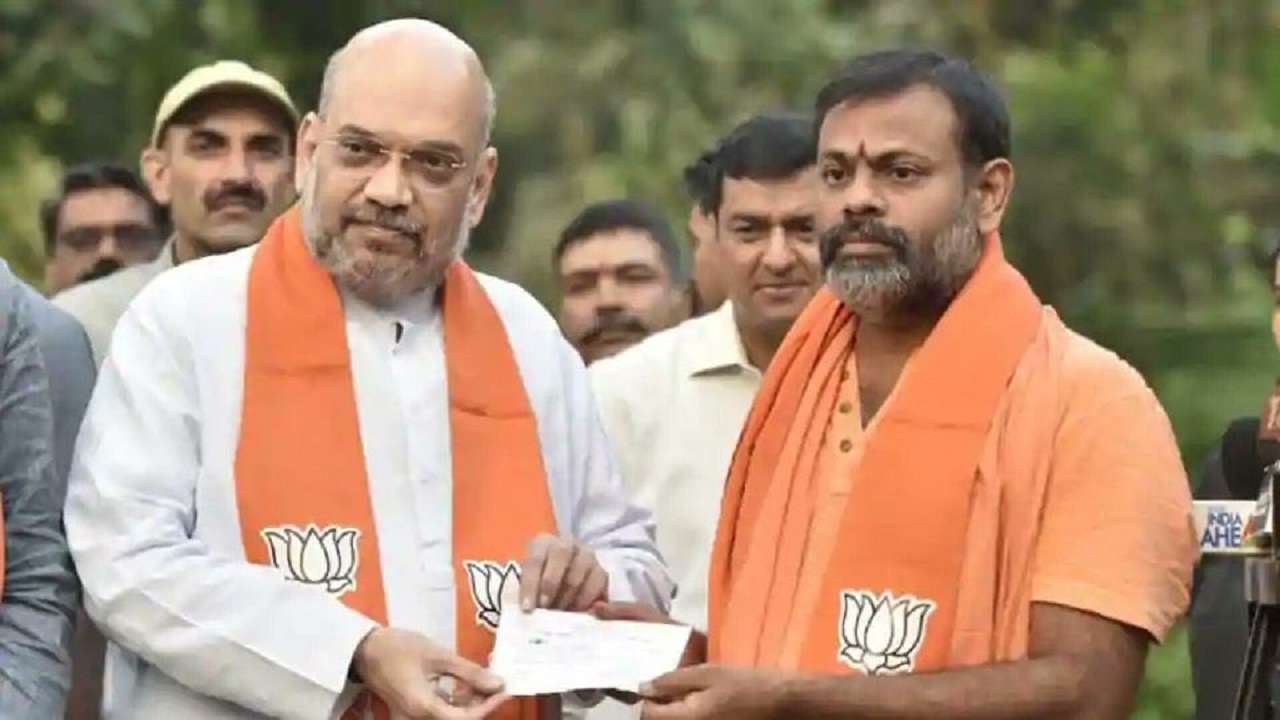 Swami Paripoornananda a hindu monk of Kakinada Sree Peetham in Andhra Pradesh has officially joined BJP in Telangana to apparently strengthen its prospects for the December 7 elections.

The event of his induction was conducted in New Delhi in the presence of BJP president Amit Shah on Friday who expressed confidence in the Swami and said that his induction will boost the party’s prospects in the upcoming elections.

“His joining the BJP will infuse new energy into the party and boost its election prospects in Telangana,” Shah told reporters. Party general secretary Ram Madhav was also in attendance.

N.V.S.S. Prabhakar, the BJP MLA from Uppal in Hyderabad who first introduced Amit Shah to Paripoornananda in September, said “He will definitely play a major role (in polls). The BJP Parliamentary Board is meeting in New Delhi on Saturday to discuss how to utilise his services. A decision on whether to ask him to contest (the elections) will also be taken tomorrow”.

Paripoornananda, founder of Hindu Vahini, said he had joined the party as a “Karmayogi” and would work as a ‘sevak’ of the BJP with zero expectation and spread its message to southern parts of the country.

The seer had met BJP national president Amit Shah and party general secretary Ram Madhav 10 days ago. A Hindutva leader and strong suppporter of building Ram temple in Ayodhya, he may be fielded by the BJP in election, party sources said. Paripoornananda has been close to the BJP for quite some time and is also the author of “Third Eye”, a book on Prime Minister Narendra Modi.

Paripoornananda was recently exiled from Hyderabad by the city police for allegedly making provocative speeches but got a stay on the order from a court.