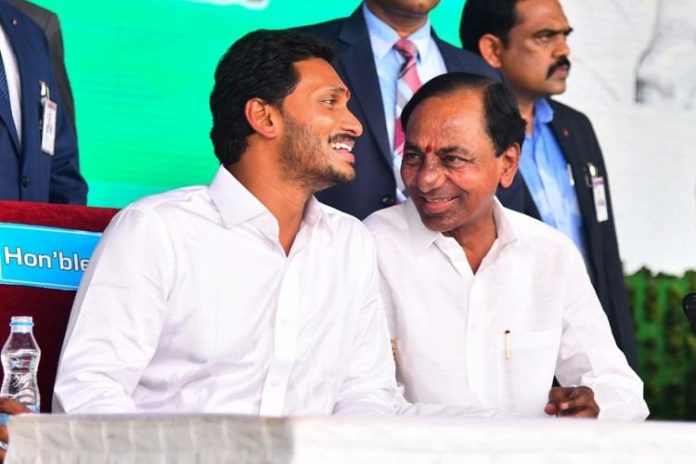 While from KCR’s side, his cabinet colleagues including Roads and Building minister V Prashant Reddy, Agriculture minister N Niranjan Reddy, Chief secretary SK Joshi and irrigation officials are participating in the meeting.

The two leaders have met a couple of times in past one month after Jagan Mohan stormed to power in Andhra unseating incumbent Chandrababu Naidu. However, this is the first official meeting in a bid to resolve state pertaining issues of both the government.

The two Chief Ministers will hold a discussion to resolve issues related to the Andhra Pradesh Reorganization Act, 2014, the division of resources post-bifurcation, division of public sector utility and division employees in the power sector.

The new Andhra Pradesh government led by Jagan has recently handed over the buildings in its control in the Secretariat complex to Telangana. The good relation between both KCR and Jagan will help in resolving the pending issues.

Sources familiar with the development said both the CMs will also take up the issues of distribution of assets of institutions listed in Scheduled IX and X of Andhra Pradesh Reorganization Act, 2014.

While the issue of the ownership of Andhra Pradesh Bhavan in New Delhi is also likely to come up.