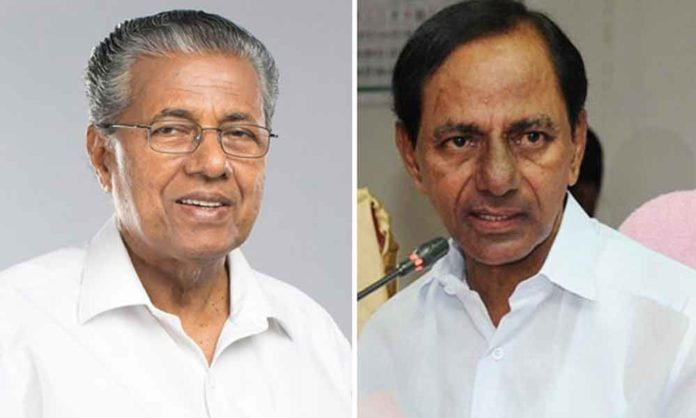 “Rao will meet Chief Minister of Kerala Pinarayi Vijayan in Thiruvananthapuram on Monday at 6 pm. In view of the parliament elections, both the CMs will discuss contemporary politics,” an official release had stated.

KCR has always stood for a non-BJP non-congress front at the centre with regional parties playing the most important role. He has always held that the BJP and Congress governments are only interested in blaming each other and not in subjects that actually concern to the state. He has given instances of this by mentioning the BJP‘s ‘Main bhi Chowkidar’ slogan in response to the Congress‘ ‘Chowkidar Chor Hai’.

KCR has always been critical of the BJP whenever he talked of the party. In his election speech in Karimnagar he had put out hate-driven words for Hindus as well as BJP for which a warning notice had been put out by the Election Commission mentioning violation of the Model Code of Conduct (MCC).

Moreover, leaders like AIMIM‘s Asaduddin Owaisi have come out proclaiming KCR being the best nominee for the role of the state’s Prime Minister had also come up.