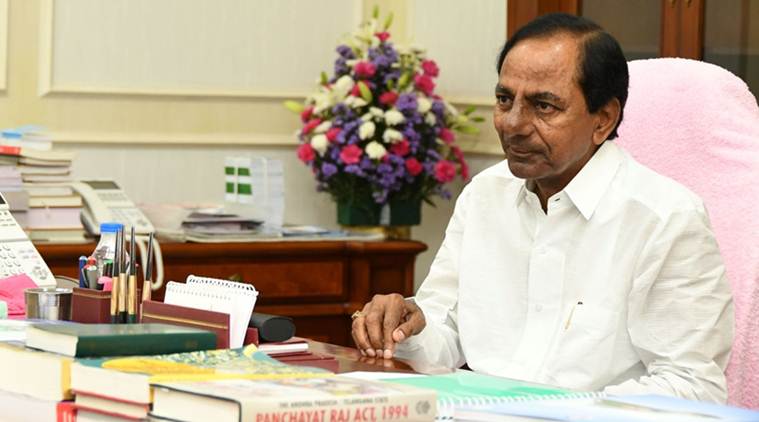 Telangana Rashtra Samithi (TRS) president and Caretaker Chief Minister K Chandrasekhar Rao on Monday said he is only an “agent” of the people of Telangana and not anyone else’s, taking a dig at accusations that he is the BJP’s “B team” and the Congress’s “agent”.

“BJP says KCR is Sonia Gandhi’s agent. Rahul Gandhi says KCR is the ‘B’ team of Modi. Then, whose agent am I? What is this story of agents?” he said.

KCR while addressing a rally in the poll-bound state said “I want to say one thing.KCR is Telangana people’s agent and not an agent of anybody

Rahul Gandhi on Monday in a series of tweets alleged that Mr. Modi, Mr. Rao, and AIMIM (All India Majlis-e-Ittehad-ul Muslimeen) leader Asaduddin Owaisi all are alike “one” and urged the State people to not be “fooled by them”.

Owaisi's, AIMIM is the BJP's "C" team, whose role is to split the anti BJP/ KCR vote.

Great people of Telangana, Modi, KCR & Owaisi are one. They speak in twisted tongues. Do not be fooled by them! pic.twitter.com/yIt6vlC6Wh

He also claimed that the TRS is the BJP’s “B team” and KCR operates as the Modi’s Telangana Rubber stamp. While accused AIMIM as BJP’s ‘C’ team who have been given a task to split anti-BJP votes in the state.

While PM Narendra Modi in his first rally racked up both Congress and the TRS and termed them as a photocopy of each other.

In another development, KCR son and IT minister in TRS government KT Rama Rao also lashes out at Congress and Bhartiya Janta Party. In a tweet, KT Rama Rao said both BJP and Congress will understand on December 11 that TRS is A team of the people of Telangana.

And @RahulGandhi Ji calls TRS, the B-team of BJP!!!

Telangana Assembly Polls are slated for December 7. While Counting of Votes will take place on December 11 with other state assembly elections.