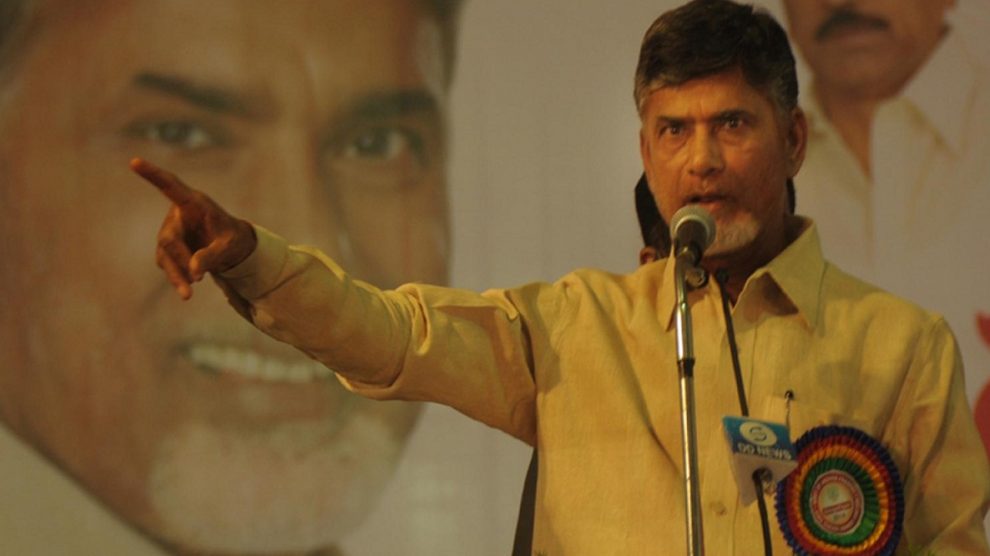 As the days for voting getting closer for Telangana Assembly Elections, Political Leaders from all parties are attacking each in a move to attract voters for their party. In this view, Telugu Desam Party (TDP) Boss Chief N Chandrababu Naidu urged voters in Telangana to “revolt” against the Telangana Rashtra Samithi (TRS).

TDP Chief who is contesting the Polls as an alliance partner with Congress and others said:’The KCR led TRS is bound to lose the polls because of its failure to rule the state for more than 4 years. They have done nothing thus indulging in verbal attacks’

Naidu also claimed that it is only because of his vision that led to the development of Hyderabad otherwise the TRS government has witness development works became stagnant.

Continuing his attack against TRS and Telangana’s caretaker chief minister K Chandrasekhar Rao (KCR), he said: “TRS is scared of the people’s mandate and that is the only reason that they are conducting bogus surveys to spread confusion”

TDP is contesting the assembly polls under ‘Prajakutami’, a grand alliance with Congress, Telangana Jana Samithi (TJS) and Communist Party of India. While TRS is going all alone on 119 seats just like Bhartiya Janta Party.