Indian National Congress President Rahul Gandhi and Andhra Pradesh Chief Minister N Chandrababu Naidu will address Public Meetings together in Telangana on Wednesday, November 28. Both Congress and the Telugu Desam Party is contesting the upcoming Telangana Assembly Polls as a part of an alliance.

“The public meetings and roadshows are going to create a storm in the run-up to elections in Telangana,” said TDP spokesperson Lanka Dinakar.

The two leaders will share a stage in three rallies at Khammam, Sanathnagar and Asif Nagar.

The TRS chief K Chandrasekhar Rao, popularly known as KCR among his followers, is eyeing a second term as chief minister in the state after dissolving the 119-member assembly in September.

Telangana Rashtriya Samithi is fighting in all 119 seats of the state, while TDP (Telugu Desam Party) has joined hands with Congress, CPI and Telangana Jana Samiti (TJS) to form a grand alliance ‘Mahakutami’. Bhartiya Janta Party is also going all alone in the State.

Chandrababu Naidu has laid the foundation of such alliance and is trying the same on a National Level. Recently, Naidu met TMC Supremo Mamata Banerjee to discuss strategies in a run-up to form ‘Grand Alliance’ after its very first meeting of November 22 postponed.

Naidu, once an ally of the NDA, choose to separate its path in March this year after Centre’s refusal to grant Special status to Andhra Pradesh.

In a recent meeting, Modi took a dig at KCR’s promise to turn Nizamabad into London.

While UPA Chairperson Sonia Gandhi and Congress President Rahul Gandhi recently in a public rally at Medchal in the periphery of Hyderabad attacked TRS for ignoring the Development of the state.

Polling in the state is slated for December 7. The Results will be announced on December 11 along with other four state assembly elections. 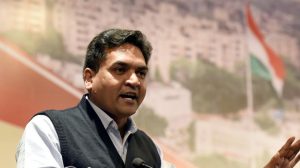 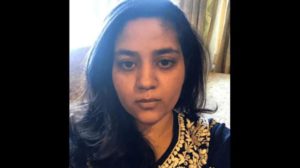