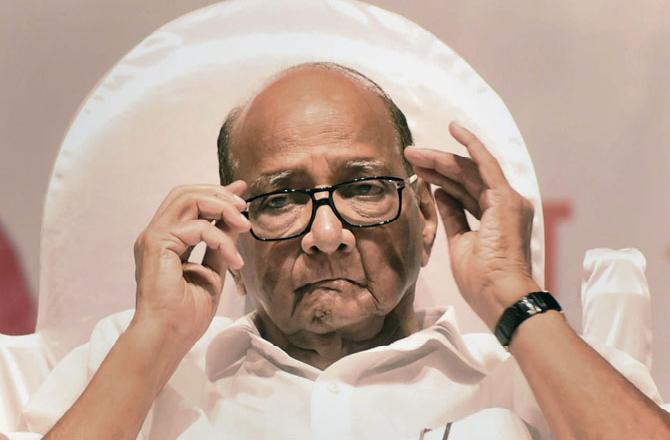 In what can be seen as another jolt to Sharad Pawar’s Nationalist Congress Party (NCP) months before the state polls in Maharashtra, its legislator Shivendra Singh Raje Bhosale on Monday resigned from the party and from the assembly. If reports to believed, Bhosale will join the ruling Bharatiya Janata Party (BJP) on Wednesday.

The development comes days after NCP Senior leader Ajit Pawar dismissed the reports of Bhosale is upset with the party and might jump ship Pawar had asserted that Bhosale is very much with the party.

It should be noted that rumors about Bhosale quitting NCP were rife after he did not turn up for the interview seeking party’s ticket for the State Polls slated for later this year.

The jolt to Sharad Pawar’s party comes on the backdrop of speculations that many bigwigs from NCP are upset with it and likely to change side ahead of the Maharashtra State Polls.

Sharad Pawar’s party had earlier this month sought applications from the party’s ticket aspiring candidates from across the state.

While NCP MLA from Navi Mumbai, Sandeep Naik on Tuesday also submitted his resignation to Speaker of Maharashtra Legislative Assembly, Haribhau Bagade. While is father Ganesh Naik also quit the party and is expected to join BJP.

Earlier on Saturday, NCP legislator from Akole Assembly constituency Vaibhav Pichad on Saturday announced that he will quit the party to join the ruling Bharatiya Janata Party.

Speaking about his decision to Bharatiya Janata Party (BJP), Pichad told media that he had held discussions with his supporters at Akole in Ahmednagar District to seek their opinion and feedback. ‘Most of my supporters want me to join BJP’, he said as quoted by ANI.

In the past few days, many NCP bigwigs have quit the party and joined the ruling coalition Bharatiya Janata Party or the Shiv Sena. It has suffered many setbacks with leaders jumping ship just months ahead of the state polls. The crisis within the party started months after it faced a crushing defeat in the national polls.

It should be noted that both – Congress and NCP – forged an alliance in the state in the national polls. However, it faced a humiliating defeat and could only bag 5 Lok Sabha seats out of the 48 Lok Sabha seat of the state.