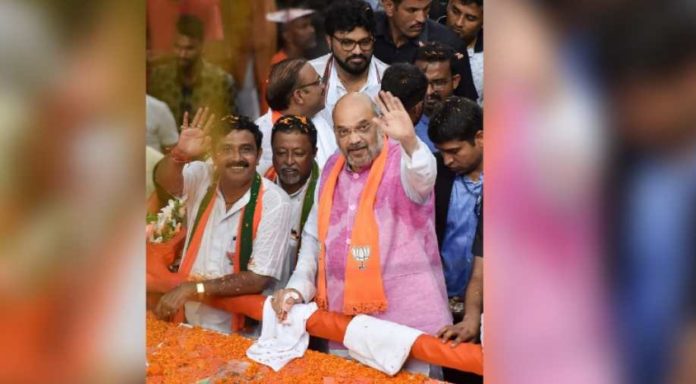 After the major law and order crisis, Shah had to cut short the roadshow and had to be escorted safely by the police.

Amit Shah said that the police that was deployed in the West Bengal remained a mute spectator during the clashes. He added that “the TMC hooligans tried to attack me. West Bengal chief minister Mamata Banerjee tried to provoke violence but I am safe.”

Vidyasagar college principal Gautam Kundu Express his condemnation of the incident and said that “how can any political party enter a college and damage its property? This is alarming situation as I have never witnessed any such incident in recent years. We will lodge a complaint against BJP attackers.”

He also added that BJP workers not only broke the antique statue of Ishwar Chandra Vidyasagar but they also cause damage to the furniture of the college property.

Mamta Banerjee said that “today the goons of BJP during the road show of Amit Shah set Vidyasagar college on fire the statue of Ishwar Chandra Vidyasagar which has never happened before in West Bengal.”

Mamta Banerjee announces of a protest rally on Thursday against the vandalization of Ishwar Chandra Vidyasagar statue.

West Bengal as witness fall in the six phases of Lok Sabha elections. the remaining seats will go to polls in the 7th phase on May 19. The results will be announced on May 23.