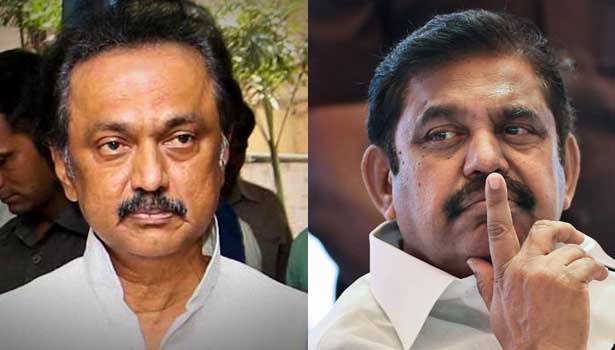 With local body elections slated in the state of TN on May 19, opposition leaders are leaving no stone unturned to make sure their chances of winning the by-polls.

“It only found problems with the procedures followed by the Election Commission in accepting her thumb impression on the nomination papers…He is using derogatory words that are unbecoming of a leader of a political party,” clarified the Chief Minister.

The Madras HC had kept aside the nomination of AK Bose with the thumb impressions of AIADMK supremo Jayalalitha. “On Friday, we got the verdict that it was indeed not Jayalalithaa’s thumb impression and the court asked how the Election Commission could allow this. The High Court has also said that then Election Commissioner Rajesh Lakhoni was a mouthpiece of the ruling party. I ask, during the Thiruparankundram election time, was Jayalalithaa really alive? Doesn’t this doubt arise?” DMK Chief MK Stalin had asked earlier when AK Bose’s nomination with Jayalalitha’s thumb impressions was caught up in  controversies in 2016. AK Bose passed away in August 2018 because of illness.