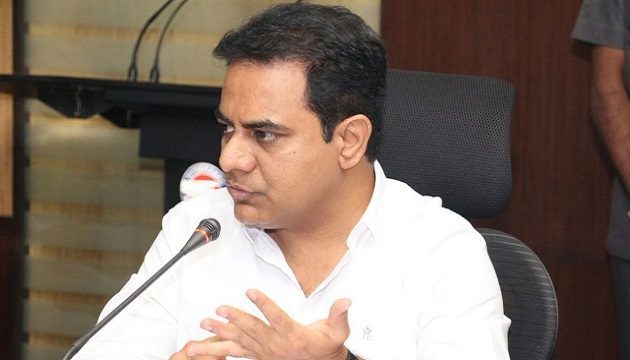 Telangana Rashtra Samithi (TRS) Working President and son of Chief Minister KCR, KT Rama Rao will be attending the all-party chiefs called by Prime Minister Narendra Modi on June 19. The tight schedule packed with other engagements of Telangana Chief Minister forced him to skip All party Chief meeting slated for Wednesday this week.

However, he has tasked his son and the working president of the party to attend the meeting called by PM Modi.

Reportedly, KCR, Telangana Chief Minister is busy in the inauguration ceremony of the state’s Kaleshwaram Lift Irrigation Project (KLIP) scheduled for June 21. While TRS President K Chandrashekar Rao is also slated to chair a state executive meeting on June 19 and a cabinet expansion and reshuffling preparation.

Prime Minister Narendra Modi in the meeting slated for Wednesday likely to discuss the issue of ‘One Nation, One Election’ and will seek inputs from the chiefs of all political parties. Apart from discussing to hold together, other issues that are likely to be discussed include building New India by 2022, when the nation will celebrate its 75th Independence.

Apart from this, After the Wednesday meeting of all-party chiefs, there will be a dinner meeting on June 20 for MPs of Lok Sabha and Rajya Sabha to exchange views and thoughts with the government.

It should be noted that Union Parliamentary Affairs Minister Pralhad Joshi has stressed the need to work together for Government and for the Opposition for the welfare and development of the country.

Earlier on Tuesday, West Bengal Chief Minister and Trinamool Congress (TMC) Supremo Mamata Banerjee has already opted out of the meeting. In a letter to Parliamentary Affairs Minister Pralhad Joshi she informed she will be unable to attend the meeting of Presidents of all political parties, called by the Prime Minister Narendra Modi.