The Indian Wire » Politics » Embarking on the mission to forge Front without BJP-Congress: TRS to hold talks with YSR Congress 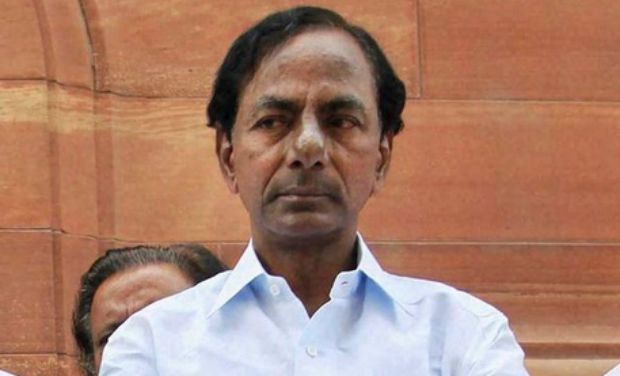 Embarking on the mission to forge an alliance without BJP and Congress, Telangana Rashtra Samithi (TRS) Chief K Chandrasekhar Rao has decided put the efforts to next level and has decided to hold talks with YSR Congress to try and rope it into the proposed coalition for the Lok Sabha Polls 2019.

K Chandrashekhar Rao, popularly Known as KCR among his supporters, deputed the party’s recently appointed working president and his son KT Rama Rao and other senior leaders to hold talks with the leader of the opposition in Andhra Pradesh, Y S Jaganmohan Reddy Wednesday, a release from the Telangana Rashtriya Samithi.

“TRS president and the Chief Minister decided to hold talks with YSR Congress party on the issue of joining hands for the federal front,” said TRS

KCR had earlier met Trinamool Congress (TMC) Supremo Mamata Banerjee and his Odisha counterpart Naveen Patnaik as part of his efforts towards forging a ‘non-Congress, non-BJP’ federal front of regional parties. BJD to go alone in 2019 general elections: Naveen Patnaik announces not to be part of ‘Grand Alliance’

KCR has also approached the Uttar Pradesh Political players including Samajwadi Party Leader Akhilesh Yadav. However, meeting between both could not happen but Akhilesh hinted his support by saying that ‘he will come to Hyderabad to meet KCR’. Akhilesh Yadav supports KCR’s attempt to form front without BJP and Congress

The TRS returned to power in the December 7, 2018 assembly elections, winning 88 seats in the 119-member Telangana Assembly, pushing the Congress to a distant second position with 19 seats. The BJP could only won a single seat in the state.

Read : TRS open to the post-poll pact with BJP in 2019′, says KCR after meeting PM Modi