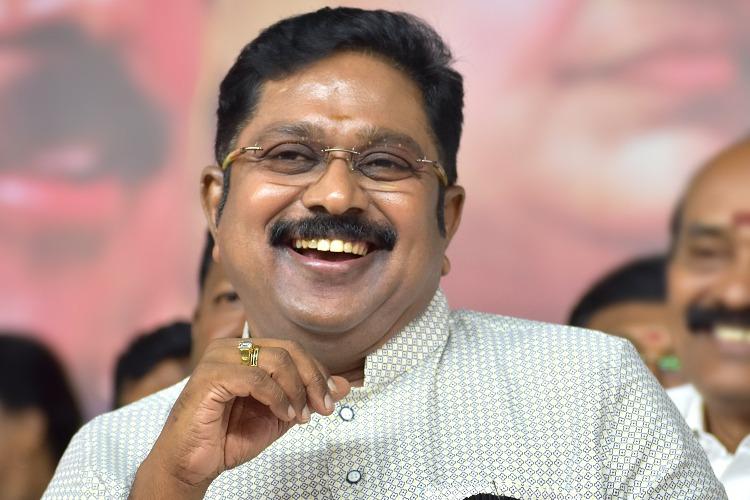 TTV Dhinakaran elected as General Secreatry of AMMK which is to register as political party.

“The Deputy General Secretary Dhinakaran has been unanimously elected as AMMK’s general secretary. Also, as informed to the Supreme Court by our advocate, a decision to take steps to register AMMK as a political party was also taken today, its spokesperson TR Saraswathi told PTI.

“The post of president will be allotted to our leader VK Sasikala soon after she is released… EC has given the symbol to them and we went to court. though the judgement is not in our favour, our leader ‘Chinnamma has all the right to file a review petition,” said Saraswathi mentioning how the party’s symbol was allotted to the faction led by Palaniswamy, i.e., AIADMK.

In an interview to NEWS 18, TTV Dhinakaran had said, “I am not going to  file a revision in the Supreme Court (on the two-leaves case). Our General secretary is the person eligible for that. If a review petition has been to be filed she can do it. As far as I’m concerned, I am of the view that a revision petition need not be filed, the party should be registered. I am not going to legally fight for the two leaves symbols anymore.