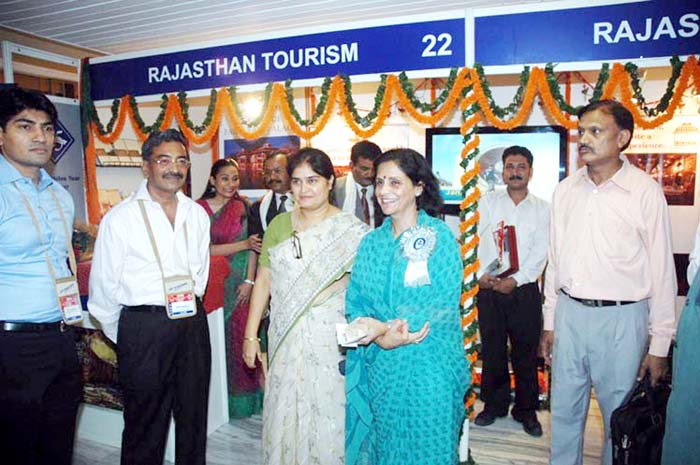 The Bharatiya Janata Party in Rajasthan faces jolt again as two of its senior women leaders announced their exit from the party. Usha Poonia, who was a former minister in the Rajasthan government, on Wednesday, quit the party ahead of Assembly elections later this year.

Poonia held the designation of Tourism Minister in the state government from 2003 to 2008. She had been neglected by the party since then.

She has sent her resignation letter to state BJP President Madanlal Saini, which read, “I have been observing over a long period of time that the public representatives especially the BJP workers and the people who are running the party are being neglected”.

As she belongs to the Jat community, she has specifically mentioned that BJP has been neglecting the community lately. The letter further read, “The state BJP deliberately sidelined senior leaders who belong to the Jat Community. The community is hurt and so am I. The Jat community is feeling left-out and hence it is difficult to continue as the member of this party”.

She also accused the Chief Miniter Vasundhara Raje of making the party headquarters just a “meet and greet” venue. Poonia had also mentioned other leaders such as  Ram Singh Kaswa for being disgruntled with the party but the latter refuted any such allegations.

Another leader to have joined the feat is Pratibha Singh. She had won as independent from Nawalgarh in 2003 but lost two consecutive elections in 2008 and 2013.

“The BJP has neglected me,” said Pratibha Singh who had left the Congress four years ago to join the BJP. Currently, she was not an elected member.

While Pratibha Singh is likely to join independent MLA Hanuman Beniwal’s party, Usha Poonia has not disclosed any further plans.

Days after dropping alliance with Congress, Mayawati says will not beg for seats
Mizoram Elections: Despite exit of two MLAs, Congress hopeful of winning majority
Comment