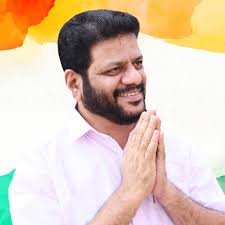 UDF candidate VK Sreekandan said that he did not receive any funds from KPCC for electioneering which had left him behind in the electoral campaign in Palakkad, Kerala.

UDF candidate VK Sreekandan said that the Kerala Pradesh Congress Committee (KPCC) did not allot him any funds  for the electioneering process in Palakkad in Kerala. As it is always the party that allots funds to its candidates he had hoped the same with KPCC. But he complained that he had not received any funds from KPCC for the electioneering process which is why he was left behind other candidates in the campaigns. he also said that his opponents had conspired against him which had affected his winning proportionality in the general elections.

VK Sreekandan started his political journey as the president of Kerala Student’s Union (KSU). He was elected to the Shoranur municicpality as a councillor in 2000, 2005 and 2010. in the years that followed he was appointed as All India General Secretary of India Youth congress by Sonia Gandhi herself who was the president of AICC at that time. At the time he was given organizational charge of Tamil Nadu, Andhra Pardesh, Goa, Lakshadweep, Pondicherry, Andaman and Nicobar Islands.

He was appointed to the Executive Committee of KPCC afterwards and was fielded as the party’s candidate for Ottapalam in 2011 assembly elections. He then went on to become one of the secretaries of KPCC. He was appointed as president of District Congress Committee, Palakkad, in 2016 the position he holds till now. He also works at the senate of Calicut University and at the general council of Kerala agricultural university.