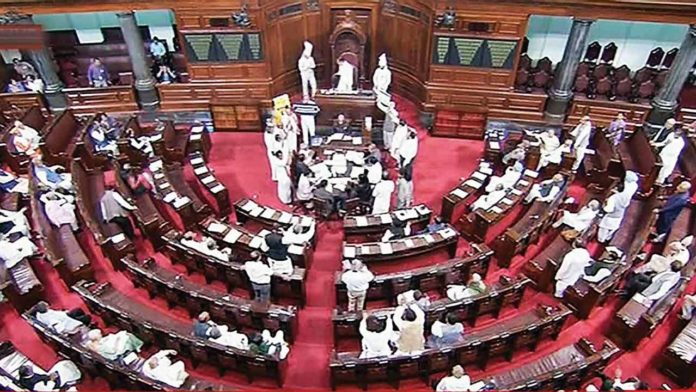 The Union Government is likely to move the Triple Talaq Bill in the Upper House of the parliament today, reported ANI quoting government sources. In the meantime, BJP has issued a three-line whip to all its Lok Sabha and Rajya Sabha MPs directing them to remain present in the house for a discussion and support the bill.

Speaking in the Lok Sabha, Union Minister Ravi Shankar Prasad said the need of law as to give punishment to those who violate it. The Triple Talaq Bill was passed by voice vote with many opposition parties including Congress, Samajwadi Party, TMC, DMK, among others staging a walkout.

Opposition parties raised several questions and sought amendments. However, several amendments were defeated by the division of votes. The clause in the bill which criminalizes the practice with a jail term of up to three years for the husband was passed by a division of 302 in favor and 78 against.

The Union Cabinet on June 12 approved a fresh bill to ban the instant triple talaq. Earlier, the Triple Talaq Bill was passed by Lok Sabha in December last year during the first stint of Narendra Modi’s government.