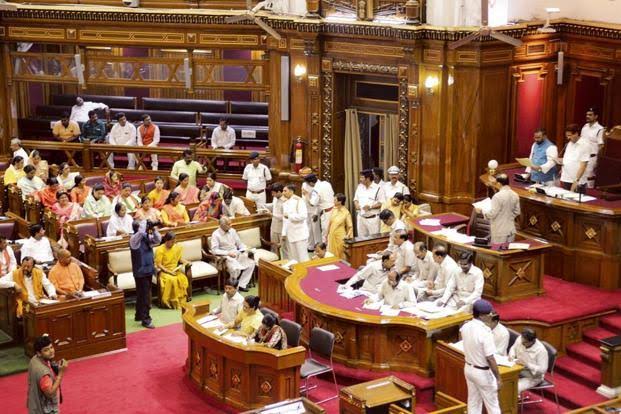 Uttar Pradesh Legislative assembly witnessed the oath ceremony of 3 MLAs on Friday. All the inducted MLAs are from Bhartiya Janta Party. They were administered the oath of office by the assembly speaker Hriday Narayan Dikshit.

The leaders who were sworn in on Friday include MLA Keerat Singh from Gangoh constituency, MLA Suresh Chandra from Lucknow Cantonment and MLA Anand Shukla from Manikpur assembly constituency.

Uttar Pradesh state went to the by-polls for 11 of its assembly seats on October 21. Counting of votes took place on October 24. List of constituencies that saw the bypolls-

Prominent wins among the electoral battle were the victory of Vijay Rajbhar of BJP on Ghosi seat and BJP candidate Keerat Singh in Gangoh by-election of Saharanpur assembly.