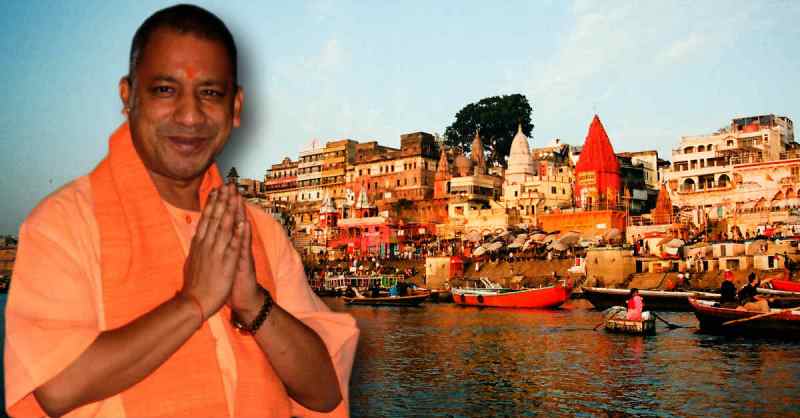 Projects in Varanasi are being completed with Modi keeping a close eye on his constituency & Yogi visiting it thrice since becoming the CM.

Since BJP under the leadership of Yogi Adityanath coming to power in Uttar Pradesh, the state is going through major changes with many reform schemes being implemented to develop Uttar Pradesh.

Varanasi, the constituency of Prime Minister Narendra Modi and one of the biggest tourist spot in India was ranked as the 32nd spot in the central list of clean towns in India and was the highest ranked city in Uttar Pradesh. UP Chief Minister Yogi Adityanath is actively taking steps to raise the bar from 32nd to the 1st and also to announce Varanasi as the first open defecation free city in Uttar Pradesh.

With a target to achieve these aims, Adityanath has already visited the city thrice since he assumed office as the Chief Minister, with his latest two-day visit concluding on Sunday. Also, Varanasi being the constituency of Prime Miniter Narendra Modi, he is personally keeping a track of the developments in the city. Modi is expected to visit the next month to inaugurate three major projects. Out of the three, two are the inauguration of bridges in Ganga that have been under construction for 11 years and the third one a Rs 305-cr Trade Facilitation Centre for weavers to display and sell their goods.

According to a senior government official of Uttar Pradesh, other key projects are also being given due importance with the goal to complete the tasks as soon as possible. The ring road project is expected to be completed within the next nine months he informed. He also added that the previous government led by Akhilesh Yadav did not give much attention to Varanasi, but now with BJP ruling the state, finally projects are being completed.

During his recent two-day visit Yogi Adityanath held meetings to discuss the different projects under construction and the estimated time for their completion. The minister of state for HRD and the PM’s pointsman for Varanasi, Mahendra Nath Pandey was also present for the meeting. During the meeting, the under development projects like installing 30,000 new LED streetlights and using an Israeli technology to plug 45% wastage of drinking water due to leaky pipelines were analyzed. Adityanath also that a Rs 533-cr sewage treatment plant must be completed by this December to gid rid of the bad odor problem faced by the people in Varanasi’s rural area.

Varanasi is a major tourist place, the Yogi Adityanath government is taking further initiatives to increase tourism in the city. UP government has proposed a project of Rs 480 crore to the Central government to improve and develop the ghats and paths in Varanasi. He also approved of another project of building a new circuit termed as the ‘Pavan Path’ to link 20 prominent temples, including the Kashi Vishwanath and Kal Bhairav. Also during the meeting, it was said that a new digital museum will also be set up at the Varanasi’s Assi ghat.

After the tragic incident of deaths of more than 63 children due to oxygen deficiency at a hospital in Gorakhpur, the Chief Minister is going an extra mile to ensure law and order in the State. During his two-day tour to Varanasi Yogi Adityanath also paid a surprise visit to a police station and a government hospital to check the ground conditions.