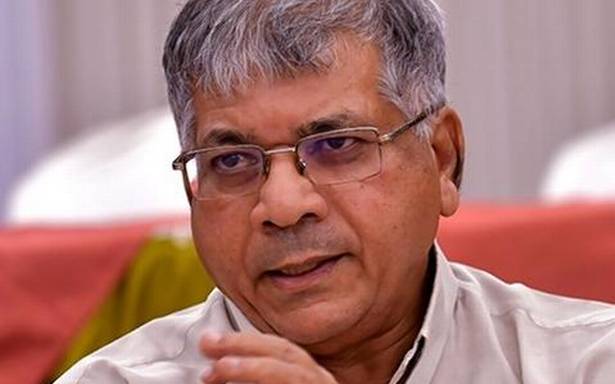 Months before the Maharashtra Assembly Polls, Prakash Ambedkar-led Vanchit Bahujan Aghadi (VBA) on Monday reiterated that his party is ready to contest on all 288 seats in the assembly polls slated for October-November this year.

Speaking about the possibilities or forging an alliance with Indian National Congress, Prakash Ambedkar said that he has offered 40 Assembly Seat to the grand old party. Talking about the Congress, Prakash Ambedkar said that Congress is currently like a body without a head. ‘There is no one to take a call on Centre and State Level’, he added while saying that he has offered 40 seats to Congress.

‘It is up to them now, whether they want to go ahead with the proposal or not’, Vanchit Bahujan Aghadi Chief added.

Further talking about plans for Maharashtra State polls, Prakash Ambedkar added that the VBA’s parliamentary committee has already started choosing the probable candidate.”We had contested all 48 Lok Sabha seats in the state in national polls and are now ready to contest all 288 assembly constituencies,” said VBA chief.

Talking about the Congress in the state, Prakash Ambedkar said that the grand old party has no organization in the state and has not contested for the last three elections even in half of Maharashtra’s constituencies.

In the national polls, Vanchit Bahujan Aghadi led by Prakash Ambedkar, grandson of BR Ambedkar, forged an alliance with Asaduddin Owaisi‘s AIMIM, Janata Dal (S) and Bharip Bahujan Mahasangh. The four-party formed a front, Bahujan Vikas Aghadi Front, which made a big dent in Congress vote share in the state.

In the state polls staled for October this, Congress and NCP will contest together and now attempts are being made to take small parties in their fold to take on Bharatiya Janata Party and Shiv Sena. The recent meeting between UPA Chairperson Sonia Gandhi and MNS Chief Raj Thackeray has sparked a political buzz about a possible alliance of two parties for State Assembly Polls.