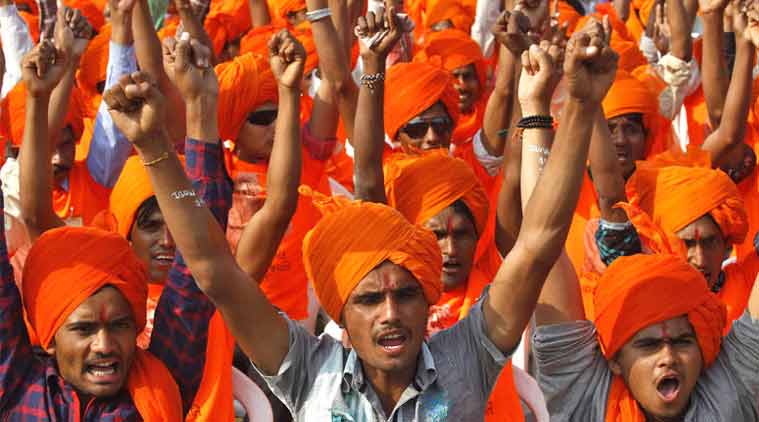 Vishwa Hindu Parishad after holding Dharma Sansads across the Country demanding an ordinance to enable construction of Ram Mandir in Ayodhya disputed land. VHP has on Tuesday decided not to make any movement for the next four months on the issue till the Lok Sabha Polls 2019 are over.

VHP’s decision came days after Centre Government moved to Supreme Court seeking permission for release of excess vacant land acquired around Ayodhya disputed site and be handed over to Ramjanambhoomi Nyas. Centre seeks direction to release 67 acres acquired land out of which 0.313 acres is disputed land.

Speaking to English news daily, VHP international Working president Alok Verma, said, ‘We have decided will not do any agitational programme in next four months, as everybody has a feeling that such agitations at the time of elections, including the demand of building a Ram temple, become a petty electoral issue and get involved into politics’

He added ‘It was felt that this issue should be saved from politics for the next four months.” He further added that Our decision is irrespective of what Top Court’s Order’.

Another VHP Spokesperson hailed the government move to request the apex court to release excess land and said the decision is in positive directions.

Earlier on February 01, RSS Chief Mohan Bhagwat urged seers to wait for ‘few more months’ for the Construction of Ram Mandir stating that Issue is at the decisive stage and closing to get accomplished. He reportedly said, ‘We should think positively and have some patience. The country should not lose direction on Ram temple due to impatience’ in Prayagraj. RSS Chief was addressing saints and seers who came from the entire nation to participate in the Vishwa Hindu Parishad‘s two days Dharma Sansad.

In his speech, RSS Chief Mohan Bhagwat said upcoming three-four months are ‘full of turmoil’ because of general elections and any movement apart from praying for Temple would influence the Outcome.

Earlier on January 30th launching a parrel movement to VHP on the Ram Mandir Issue, Shankaracharya Swarupanand Saraswati issued direct threats to Centre government declared that they will lay the foundation stone of Ram Mandir on February 21. His declarations came after the end of the three-day long conclave, Param Dharam Sansad, a confluence of Hindu spiritual leaders from across the country, headed by Swami Swaroopanand.