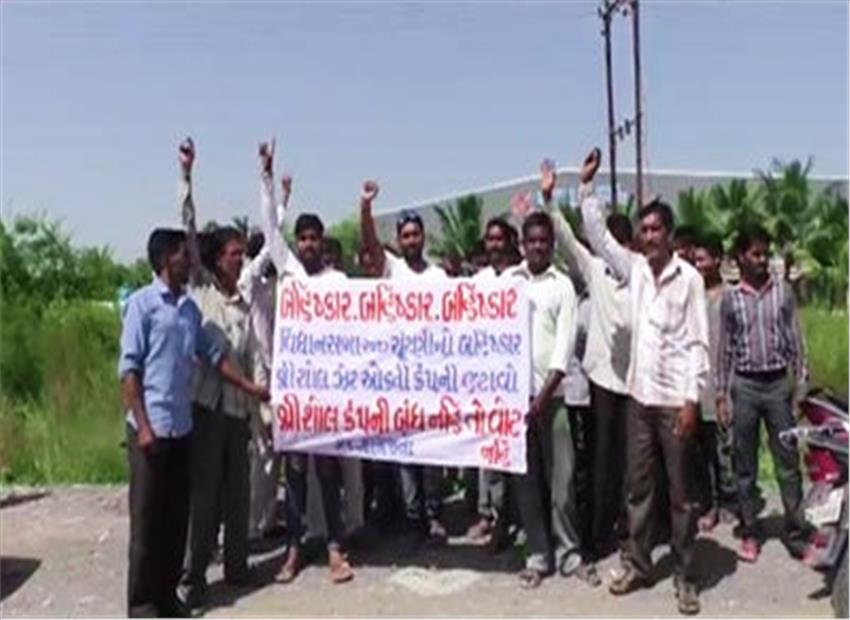 While the BJP and Congress are busy playing a blame game with each other regarding the failure and sucess in the implementation of GST and experiments like Demonetisation, the villages in the Valsad area in Gujarat not bothering to support any party are totally boycotting the assembly election in Gujarat due on 9 and 14 Dec this year.

Two villages in Valsad district in Gujarat are boycotting the assembly elections, protesting about their water being contaminated by Srisol, a chemical company. A resident of the village in Valsad, Kevin Patel who is also protesting, in his statement to the press said that there is a company named Sirsol, very near to the village, which disposes of contaminated water in their water bodies from where they get their drinking water.

He said that since the Chemical waste is being disposed of in the water bodies, the villagers are forced to buy mineral water to survive. He complained that the villagers and even the tribals near the villages are unable to give this water even to their animals.

The BJP government in Gujarat is totally neglecting the issue despite several repeated complaints and the people are now getting agitated. Another protestor, Ajay Patel, said that the villagers have many a time brought up this matter in the Panchayat and also wrote a letter to the collector regarding the issue. He further added that even after media promoting the issue of these villages, they have still not got any positive reply from anywhere.

Ajay Patel informed the media that since there has not been any response from the government, the residents of these two villages have decided that in the 2017 assembly elections, they will show the power of the local people to the government. He said that the lives of the people in the villages have been affected even the young and the old are also influenced by the pollution in the drinking water and still the government is not paying any attention towards their problems, hence the villagers have decided that they will boycott the elections.

Meanwhile, the company has totally denied the allegations, Company HR Vijay Bajpayee said that the people of these villages have their own vested interests and they want to run the industries in their own way, which is not possible. He further added when the Sarpanch of the protesting village, accompanied by the police visited the company and were shown the spot that according to the villagers the chemicals were being disposed of. He assured that after the investigation no contaminated water was found there, instead, the water is flowing water and things are absolutely clear, he added.

The villagers have threatened to spread the protest if the government does not take any fast action. A villager in his statement to the press said that “We have all tried a lot but due to government support, no action is being taken against the company who is disposing chemical wastes and contaminating the water.

The people of the affected villages believe that the government is involved with the company and hence all the people have independently decided that for this assembly election no one will cast any vote in favor of any party.