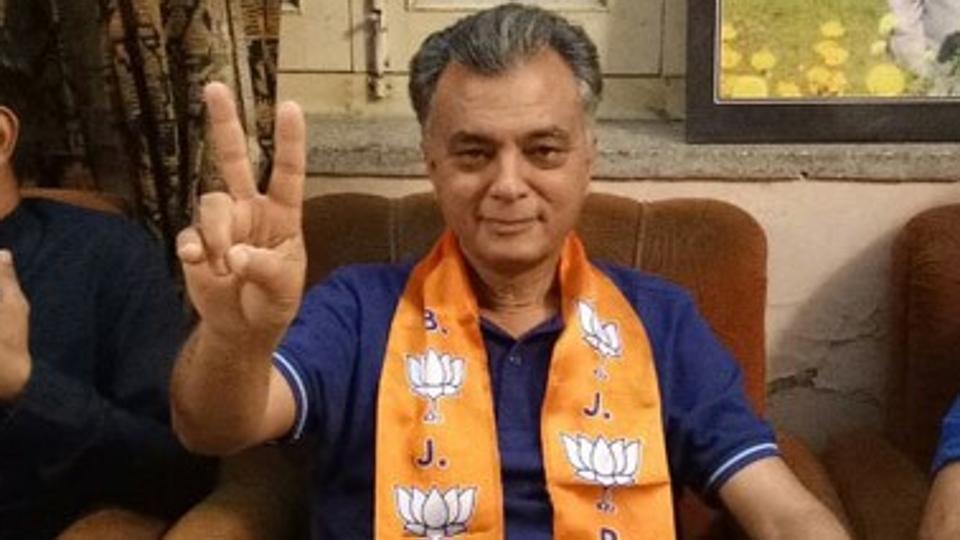 The newly joined BJP member Anil Sharma says that he was compelled to leave Congress and join BJP as it now the Congress of Virbhadra Singh.

The countdown for Himachal Pradesh has begun, with only 2 days left for the state to go for polls, both BJP and Congress are no leaving any chance to blame the other party and bring out the bad in them. Both the parties have been putting allegations on each other trying to prove themselves the best and win the faith of the electorate.

The 68 constituencies of Himachal Pradesh will be going to polls on 9 Nov and the results will be announced on 18 Dec along with the poll results of Gujarat. BJP has been targetting Congress, saying that the party has been out on bail and the people of the ‘Dev Bhoomi’ as Himachal is called, needs to get rid of the corrupt leaders. The party also alleged that Congress has already accepted its defeat and none of the Congressmen are supporting the incumbent Chief Minister and the Congress candidate, Virbhadra Singh.

While BJP is attacking Congress on the issue of corruption and a party of corrupt leaders, in response the party is throwing it back on BJP on the issues of demonetization and GST. Himachal Pradesh has witnessed a change of government led by both BJP and Congress from time to time. While, Virbhadra Singh, the Congress candidate has been the Chief Minister for six times and Prem Kumar Dhumal has been the CM for two times.

BJP said that the incumbent Chief Minister Virbhadra Singh has been charged with corruption cases and is out on bail. But it seems like it is not just the Congress leaders who are charged with cases against them, BJP’s newly joined member and a candidate from Mandi, Anil Sharma is also facing the questions and raised eyebrows of the people as his father Sukh Ram is charged with many cases.

Anil Sharma is the son of one of the prominent Congress leader Pandit Sukh Ram, until recent days, Anil Sharma was also a Congressmen, but just ahead of the polls, Sharma switched parties and joined BJP. As soon as Sharma joined BJP, the party gave him the ticket to fight from Mandi. Congress senior member Sukh Ram has also been to the jail and is out on bail now.

In an interview with the press, Anil Sharma was questioned that their family has been with the Congress since 1970, then why did he join the BJP? Replying to the query Sharma said that his father Pandit Sukh Ram had fought the first elections as an independent candidate in 1962 and then joined Congress in 1967. Later when he was thrown out from Congress in 1995, he had formed the Himachal Vikas Congress party.

He further admitted that he had joined BJP to fight for the self-respect which neither he nor his father got from Congress. He also spoke about the incident when his father was invited on to the stage by the Congress and was insulted in front of everybody. He further added that “being a son I thought it was my responsibility to get back the respect my father had lost in Congress and when the BJP invited me, I took the offer to join the party.”

Anil Sharma also commented that “it is no more the Congress in Himachal Pradesh, it has become the Virbhadra Congress in the state and therefore I had to join BJP.”

When asked that it is the same BJP that has joined, who has been targetting his father over corruption charges, how does he strategise to adjust in the party? Anil Sharma replied that the cases against his father are still pending in the courts and nothing has been proven yet. He further added that it is him and not his father that is fighting the elections from BJP’s side. “I do not have any charges on me and for five years I have been a minister and have come out with a clean image, that does not hold any spot on it, hence the BJP did not have any problem giving me the ticket from Mandi,” Anil said.

The newly joined BJP member, in his statement to the press also confessed that it was not easy leaving the Congress, after being a part of it for so many years. He said that “it was not by choice but by compulsion that I left the party, it was because of Virbhadra Singh that I left Congress.”

While on one hand, the BJP is targetting Virbhadra Singh, saying that he is the only one rider left in the party for campaigning, Congress, on the other hand, is attacking BJP for GST and demonetization. Also, in response to the remarks made by BJP that Congress has left Virbhadra Singh in the hands of the fate as no party member is campaigning, Congress Vice-President Rahul Gandhi visited Himachal Pradesh on Monday to fuel the party campaigns with only two days left for voting.

With Dhumal as CM Candidate, BJP looks to retain Hamirpur, Bilaspur
Objectives of note ban have not been met: Manmohan Singh in Gujarat