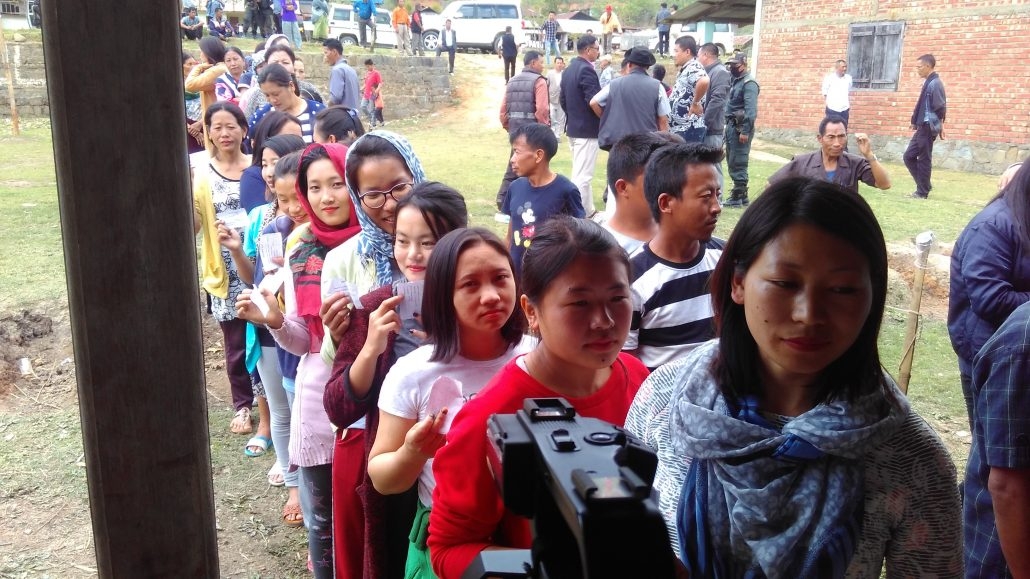 West Bengal is witnessing the second phase of Lok Sabha Polls today, April 18. The polling is taking place in three parliamentary constituencies during which violence was reported from several places in the polling booths.

In the Raiganj constituency, Communist Party of India (Marxist) leader, the candidate from the Lok Sabha seat in Raiganj and a sitting member of Parliament, MD Salim was attacked by the workers of the Trinamool Congress (TMC) in Islampur. The MP alleged the ruling party of the attack and said that no police came to their rescue.

In Chopra under the Darjeeling constituency, security personnel and Rapid Action Forces fired tear gas shells and baton charged agitators and accused the ruling Trinamool Congress for obstructing the people to cast their votes. Agitators also attacked the security personnel at the National highway 31.

Trinamool Congress and Bharatiya Janata Party (BJP) workers had severe clashes due to which they slammed various EVMs in the polling booth number 112 in Chopra under Darjeeling constituency.

Congress Rajya Sabha lawmaker, Pradeep Bhattacharya, alleged the ruling party of trying their best to avoid the proceedings of peaceful elections. Bhattacharya in his statement said that the Police officials were deployed from the place where they were needed.

BJP leader Babul Supriyo also accused the Mamata Banerjee-led Trinamool Congress for violence in Raiganj during the elections. He also said that TMC threatened the voters which had to be escorted by the armed forces present there. He called her as the Murderers of Democracy.

In Darjeeling, Congress has fielded Shankarv Malakar. Amar singh Rai is contesting on the Trinamool ticket. CPIM has fielded Saman Pathak. BJP has fielded Raju Bista in the constituency.

The Congress has fielded Deepa Dasmunsi from Raiganj for the Lok Sabha elections. Debasree Chaudhuri has been fielded by BJP in Raiganj. TMC has fielded Kanaialal Agarwal.