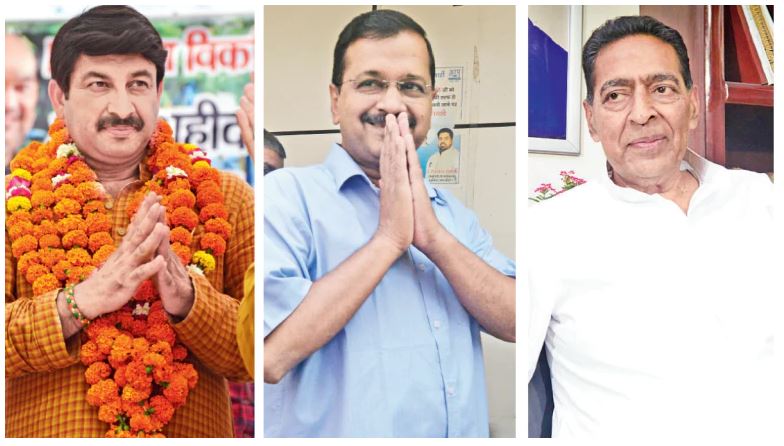 We have seen how the entire nation has been burning since 2 days. A day after violent protest took place in Jamia university in the national capital, Bharatiya Janata Party (BJP), Congress and the Aam Aadmi Party (AAP) are busy accusing each other for the same.

While the AAP and the Congress said the BJP is the one who instigated violence, the BJP said the AAP and its MLAs were involved in it. “The BJP is desperate and indulging in dirty politics because it’s going to lose the upcoming Delhi Assembly polls”, AAP Delhi convener Gopal Rai said.

He further said, “All parties should strive to maintain peace in the city. The people will give them a befitting reply for its games for electoral gains. In Delhi, politics of development is accepted, not the politics of division and distrust.”

Condemning the violence in the national capital and expressing concern over the law and order, Rajya Sabha member of AAP, Sanjay Singh said, “Thorough inquiry is required to find out the people behind the conspiracy. The BJP’s role in the incident needs to be exposed. It also showed the real character of the central government. Even before the 2015 polls, the BJP had tried the same tactics in Trilokpuri and Bawana.”

Delhi Congress, on the other hand, held a protest against the police on Monday. Thousands of Delhi Congress workers, under the leadership of DPCC chief Subhash Chopra, marched towards the police headquarters, but were stopped midway by the police.

Delhi Congress Chief Chopra said, “The high-handed behaviour of the police against the Jamia Millia University students was at the behest of the Narandra Modi government. It wants to crush the voice of reason. Instead of ensuring peace, the Modi government through the police was trying to create fear and insecurity among people.”

BJP blamed the AAP for clashes and filed complaints against AAP leaders Manish Sisodia and Amanatullah Khan. A BJP delegation also met the Police Commissioner and sought stern against the guilty. Delhi BJP chief Manoj Tiwari said the AAP and the Congress were using students for political gains and vitiate the atmosphere of Delhi.

He said, “Chief Minister Arvind Kejriwal was protecting Khan, who made provocative remarks. The BJP leader also showed two videos. In the first, Deputy Chief Minister Sisodia was seen accusing the police and the BJP for instigating violence in a tweet with wrong photo and video.”

“Whereas the bus that was razed as claimed by Sisodia? The said bus was shown in good condition by a TV channel with a policeman trying to douse fire in a seat,” Tiwari said.

In another video, the BJP showed Khan provoking people by making controversial statements after which the violence erupted in Okhla.

“The BJP leaders submitted a memorandum with facts to the Police Commissioner proving wrong the allegations against the police and the BJP. We have also sought comprehensive probe into the incidents,” Tiwari said.

However, in the midst of tensions across the nation, this is not what the people of this country deserve. Barack Obama once said, “Democracy doesn’t work when we constantly demonize each other. For progress to happen, we have to listen to each other, see ourselves in each other, fight for our principals but also find a common ground no matter how elusive they may seem.”