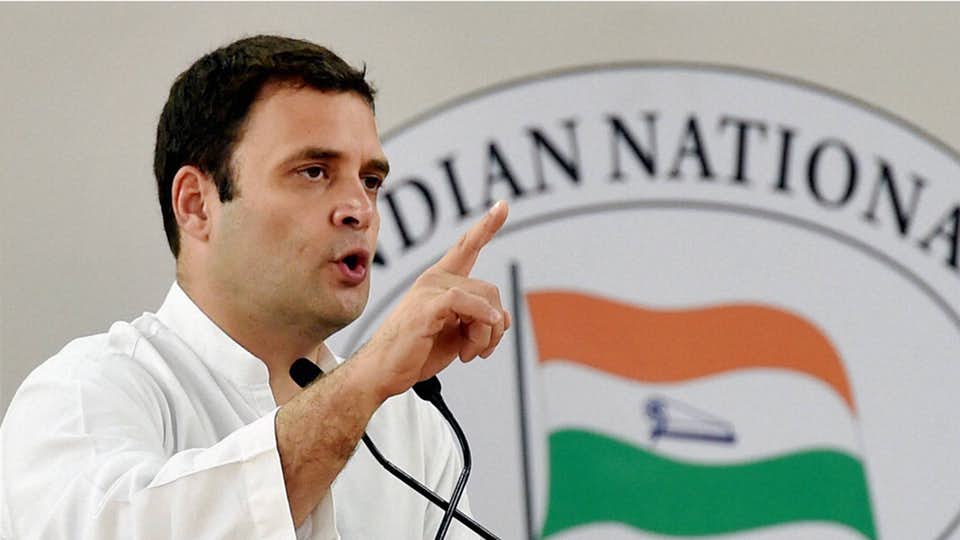 In one of his sharpest attacks, Congress National President Rahul Gandhi on Tuesday racked up Modi Government on many on-going issues. Boasting on fulfilling his Farm Loan Waive promises, Gandhi Challenges Prime Minister Narendra Modi to follow same at centre.

Addressing the Press in Parliament Complex, Gandhi said, ‘We will not let PM Modi sleep till he waives of loans of farmers, all opposition parties will unitedly demand this. Till now PM has not waived off a single rupee of farmers’

He added, ‘We have waived the farm loans in few hours, but Modi Government could not do even after Four and a Half Year’.

Reiterating his earlier Charge of Government favors select industrialists, Congress President attacked the Government over Rafale Deal and accused of turning a blind eye towards debt-ridden Farmers and Common Man. He also assured the people that Congress and other opposition parties would stand by them.

While Asking about Government’s Claim on the error in the affidavit given to Apex Court, He said ‘There will be many more typos coming now’. He questioned ‘We will force a JPC on the Rafale Issue, Why Government is running away from a debate?’

On Asking About his stand on Sajjan Kumar Conviction in connection with 1984 anti-Sikh riots, Rahul Gandhi said as quoted by ANI, ‘I have made my position on the riots very clear, and I have said this before. This press conference is about the farmers of the country and that Mr.Modi refuses to waive off even 1 rupee of loan’

Rahul Gandhi on Sajjan Kumar convicted in 1984 anti-Sikh riots: I have made my position on the riots very clear, and I have said this before. This press conference is about the farmers of the country and that Mr.Modi refuses to waive off even 1 rupee of loan pic.twitter.com/iJp9p7QzvC