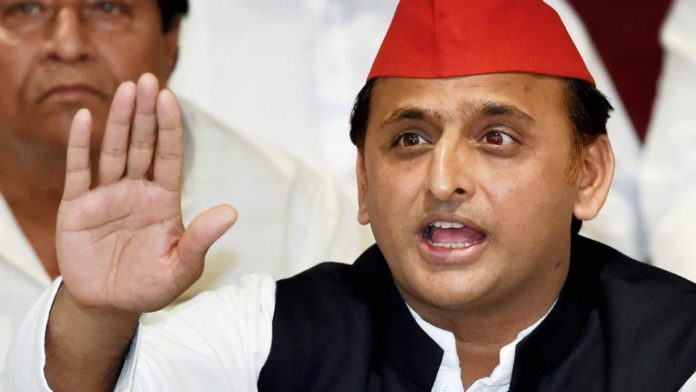 Former Chief Minister and Samajwadi Party Chief Minister Akhilesh Yadav alleged that Yogi Government in Uttar Pradesh has failed to create employment opportunities for the youth and could not ensure remunerative prices for crops to farmers.

Former UP Chief Minister claimed that people belonging to all sections of society are facing problems. Yadav while speaking at a function in Lucknow said, “Debt-ridden farmers are committing suicide. The future of the youth is in dark. BJP is out to crush the dreams of the young generation”.

Alleging that the Present BJP Government in the state could not create employment opportunities, he said, ‘Job Opportunities have totally dried up under BJP rule in the state’.

Targetting the Chief Minister Yogi Adityanath, Akhilesh Yadav said, “The chief minister does not like even a little bit of opposition.”

Referring to a year old incident, he said, students who raise their issues “are sent jail” and even girl students are subjected to police action. A group of students was sent jail last year, associated with the student wing of the Samajwadi Party had blocked the convoy of Adityanath in Lucknow and showed him black flags. They were detained and sent to jail. A court granted them bail after 20 days.

Samajwadi Party Chief Akhilesh Yadav has reportedly tied up with BSP’s Mayawati for upcoming General Elections 2019. Reportedly, As per the seat-sharing deal, BSP will field its candidates on 38 seats, Samajwadi Party will on 37 while 3 seats are given to RLD. Both BSP and SP keep Congress away from the Coalition in Uttar Pradesh despite the Congress has registered a resounding victory in the Hindi Heartland States in recently held assembly polls.

Though alliance has decided not to field it’s from -Amethi and Raebareli – the two stronghold and traditional seats of the Congress Party.