This tutorial is an exclusive and detailed guide, which will help you to install XCode IDE framework on Windows computer. This guide is compatible with all the latest version of Windows, including Windows 7, Windows 8, Windows 8.1 and Windows 10. Do check out the detailed guide and let us know if you have any queries.

What is XCode IDE?

One of the major features for Xcode is that it will allow you to build binary file. Using which you can easily make a single software module work on Power PC and Intel-based x86 platforms. This is done through universal binary files. In windows, it can run both, 32 bit and 64 bit architecture.

The Xcode IDE is the center of the Apple development experience. The top best IDE is tightly integrated with the Cocoa and Cocoa Touch frameworks. Xcode is an incredibly productive environment for macOS containing a suite of software development tools. These tools are developed by Apple for developing software for macOS, iOS, watchOS, and tvOS. The first version of the IDE known as  Xcode 1.0 was released in 2003.

Currently the latest stable release for the IDE is version 9.4. The current stable version is available for users via the Mac App Store free of charge for macOS High Sierra users. The developers registered with the company can also download preview releases and prior versions of the suite through the Apple Developer website. What is the main usage of Xcode

Xcode is an Integrated Development Environment, so it means that it has all the tools required to produce an application. It is, in particular, a text editor, a compiler and a build system into a single software package. These tools work together to help users to write software, compile it and load it onto a device. Users can also use these tools to debug their program and ultimately submit it to the app store. Xcode is Apple’s official IDE for Mac and iOS developers, so if a user is Mac or iOS developer then it is must to use software for them. 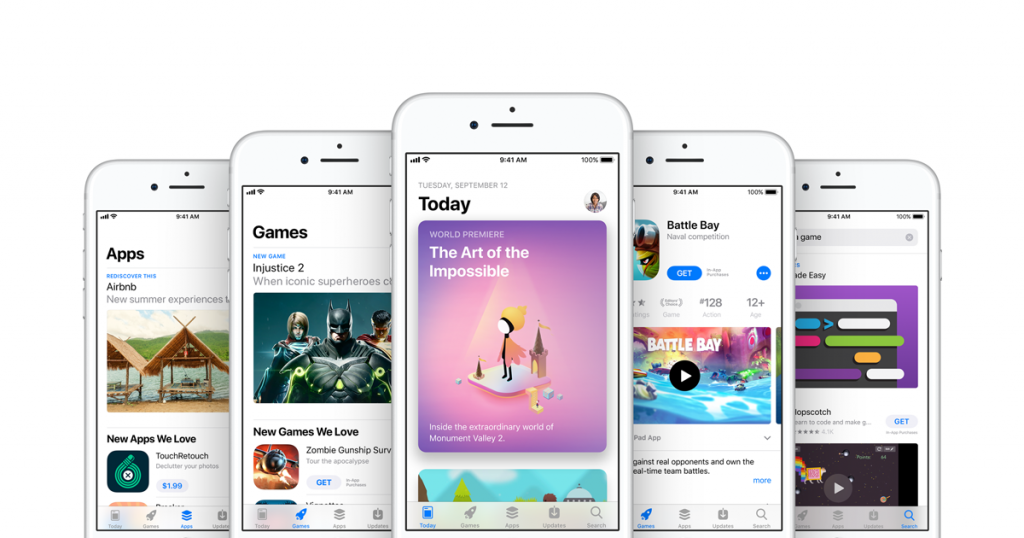 However, the software also has a couple of uses for those users who don’t write their own codes. First one is to side-load programs into iOS 9 and later using Xcode IDE 7 or later. The user will need the source code and a cryptographic signature to do so, such that user can’t just upload any arbitrary iOS program. This is a new feature meant to encourage new programmers to design their own programs. The new programmers even do not require to pay for the Apple Developer program. Another reason for users to use Xcode IDE is because of OS X. The OS X is Unix based operating system which means a lot of codes from other Unix-like systems (such as Linux), can be compiled and run with some little modifications.

Cocoa is Apple’s native object-oriented application programming interface (API) for their operating system macOS. It consists of Cocoa.h header file that includes some kits. The main kits used in Cocoa are the Foundation Kit, Application Kit, and Core Data frameworks. It also consists of some libraries and frameworks that are included in these kits. These libraries mainly include the C standard library and the Objective C runtime. Cocoa Touch is a similar API for iOS, tvOS, and watchOS. It includes gesture recognition, animation and a different set of graphical control elements. Cocoa Touch API is mainly used to design applications for Apple devices such as iPhone, iPad, Apple TV and Apple Watch. 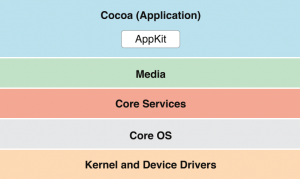 Xcode IDE is one of the best IDE for C++, C, objective C, and Objective C++ programming language as well.. Apart from all these C languages it also supports Java, AppleScript, Python, Ruby, ResEdit, and Swift. Xcode supports these all languages with a variety of programming models also including Cocoa. Some third parties have also added support for GNU Pascal, Free Pascal, Ada, C#, Perl, and D.

Xcode can also build fat binary files that contain code for multiple architectures. This fat binary files are in the Match-O executable format and are known as universal binary files. These binary files allow software to run on both PowerPC and Intel-base (x86) platforms including both 32-bit and 64-bit code. Xcode IDE also includes the GUI tool instruments. These instruments run with a dynamic tracing framework known as DTrace. DTrace is created by Sun Microsystems and it was released as a part of OpenSolaris.

Xcode IDE like any other IDE available also has various windows and parts to help users complete their tasks easily. So now let’s know about a physical overview about the IDE.

The Assistant button in the IDE will split the Xcode editor into two parts. The first part will contain user’s primary work document on the left side. While on the right side user will get an intelligent Assistant editor pane. The Assistant editor will automatically display files that Xcode determines are most helpful to the user based on the work user is performing in the primary editor. 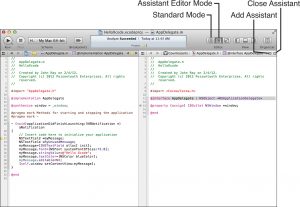 Jump Bar is available at the top of every editor pane. On clicking on it the user can quickly select what information to view in the Assistant editor.

The Interface Builder design makes it simple for user to prototype a full user interface without writing any code. User can design a prototype in minutes and then graphically connect their interface to the source within the Xcode editor, laying out windows, buttons, and sliders to create a functioning Mac, iPhone, or iPad user interface. With the Assistant editor, user can work on the graphical design side-by-side with the implementation source code. 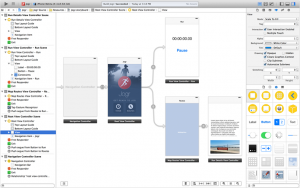 The Version editor will make it easy for the user to compare two versions of a file. Users can also see commit logs, check who made a code change, and even zoom back through the commit timeline. 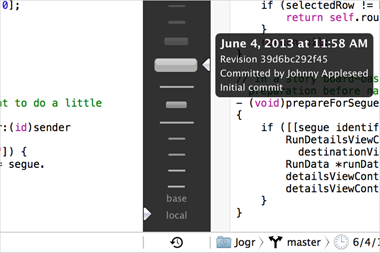 The Test Navigator will make it easier for users to jump to any test in their project. It also allows users to either execute an individual test, or execute a group of tests.

Now lets know about using Xcode IDE on Windows to develop applications for iOS or macOS. So, here is a list of system requirements that a user will need to run Xcode on Windows. 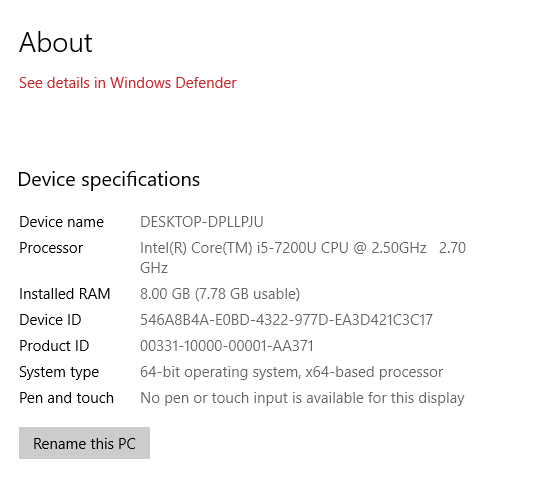 Steps to install macOS Sierra on Virtual Machine on Windows

Step I: Open Virtual Machine (VMware or VirtualBox). Then select Create a New Virtual Machine. After that a new window will open. Then type macOS in the Name section. The Virtual Machine will automatically detect the OS as the user will type. Now, the Type row will set default to Mac OS X. However, user will need to change this. Under Version, select Mac OS X 10.11 El Capitan. 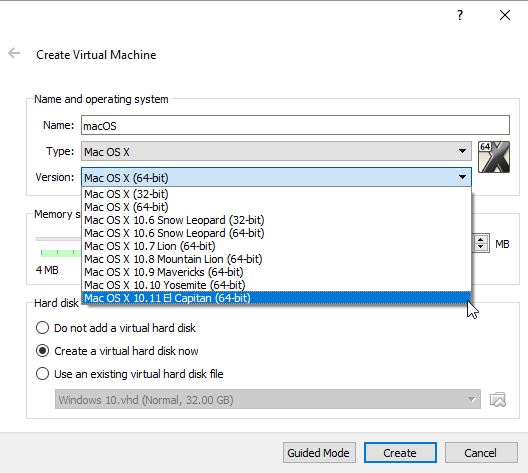 Step II: Next, user have to set the amount of RAM the virtual OS can use. User should set a minimum of 4 GB for efficient working of the OS. After that user will be asked to assign a hard disk.

Step IV: Then user have to choose the OS file to install it. Select the folder icon and browse to the location of the Virtual Machine Disk Format file. Then open the file. User should make sure that they have selected the correct virtual disk then click on Create.

Step III: Now, after the completion of booting up of the OS user will see the Desktop in the macOS Sierra on their Virtual Machine.

Step IV: Then user should go to the Safari Browser from the applications and go to the official Apple app store. After that user have to sign in the app store using their Apple ID and Password. Step V: After signing in, user will search for Xcode IDE in the search box in order to download the complete package. From various apps that will appear select Xcode and click on Free and Download. Then complete the download process by clicking on OK. This will install the Xcode on the Virtual Machine. 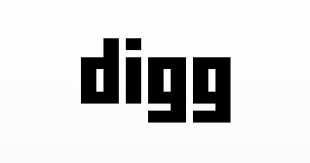 Step VI: After completion of the installation process, open the Xcode from the list of applications. Now, the system will ask for the root credentials from the user to get access to install components for Xcode. This will also modify the system settings. User have to enter the name and password to provide root access to Xcode and then click on OK. Step VII: This will complete the procedure of installation. Now user have successfully installed latest version of Xcode IDE on the Virtual Machine for their Windows. This steps will complete the installation of Xcode IDE on the Virtual Machine on user’s Windows PC or Laptop. Now, user can easily use the IDE to create new applications using the interface. Users may face some issues regarding speed and performance of Xcode as it will be running on a Virtual Machine. However, it will be good for educational purpose but for a professional user, using Xcode in Macbook will be good.