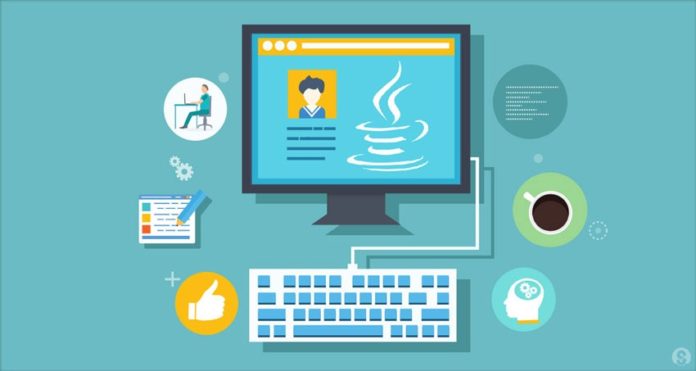 “A good programmer is someone who always looks both ways before crossing a one-way street.” Java is one commercial grade programming language, you just can’t avoid if you are a developer.

However, not every tool is perfect for all types of Java Application development projects. Just because a tool is the most popular doesn’t mean it’s the “best.” What’s best is always context-dependent in any programming language. A careful analysis and sound knowledge is required by the Java Programmers before they choose any tool.

Top Java Development Tools Everyone Should Learn In 2019: 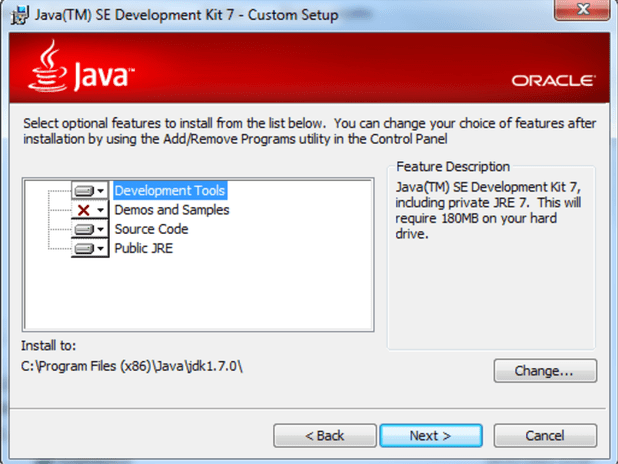 Any Java developer, planning on developing Java-based applets and applications, the first and foremost need is to get yourself is a tool like JDK (JavaDevelopment Kit), which includes the necessary Java Compiler, the Java Runtime Environment, and the Java APIs. It will help you get started with Java.

According to Wikipedia, “an integrated development environment (IDE) is a software application that provides comprehensive facilities to computer programmers for software development. An IDE normally consists of at least a source code editor, build automation tools, and a debugger.” 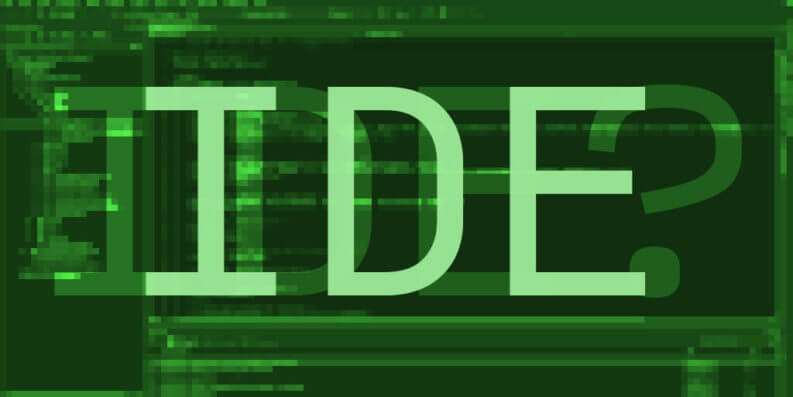 There are dozens of Java-compatible IDEs out there. However, here we will be discussing Eclipse and Netbeans. 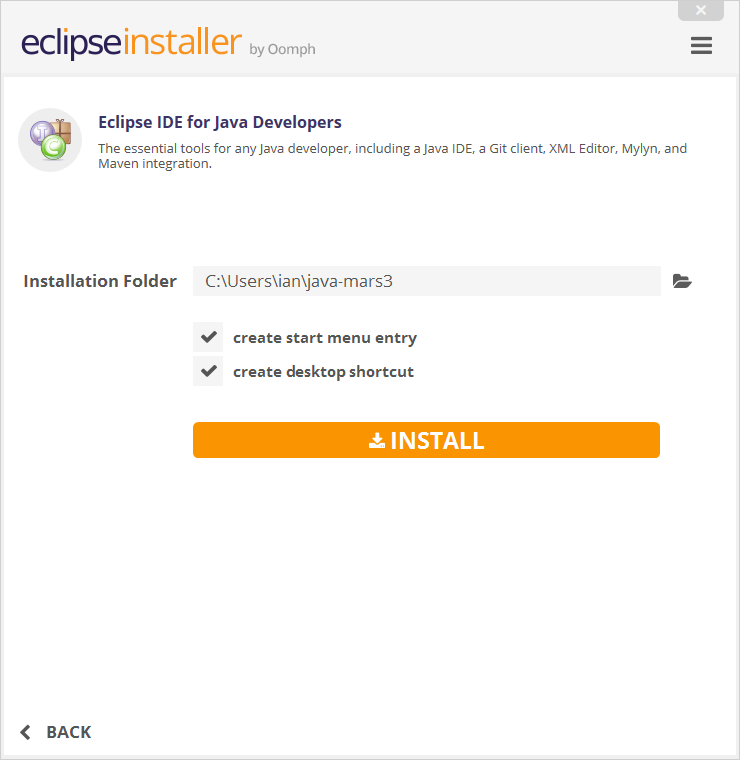 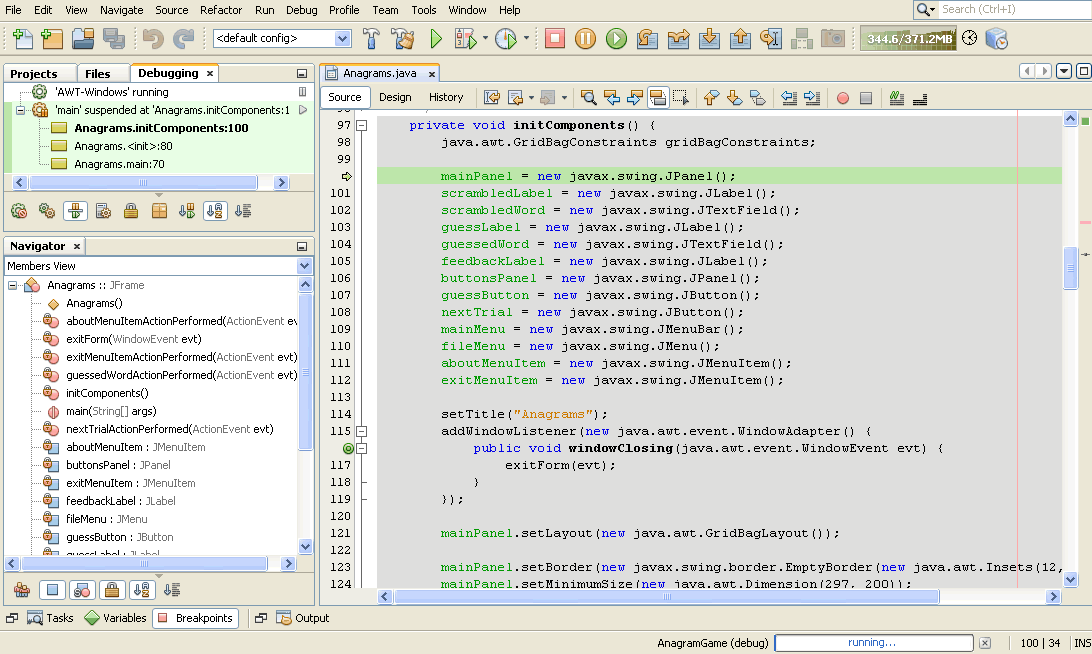 JUnit is an open source unit testing framework that helps developers write and run tests. But there is an essential difference between JUnit and other similar frameworks available on the market. With JUnit, you can test one block of code at a time rather than waiting for the module to be completed before you run a test. It is an important tool for test-driven development and deployment. 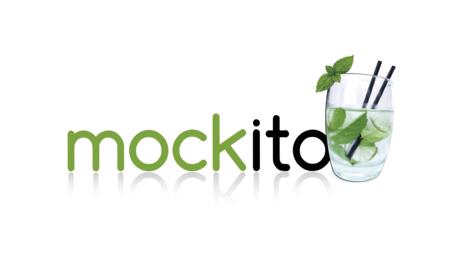 Mockito is an Open Source Java Mocking and Unit Testing Tool. Mockito offers tests with a clean and simple API, which deliver clean verification errors. Mockito is primarily a mock library that helps you create, verify and stub mocks – an essential aspect of Java development. 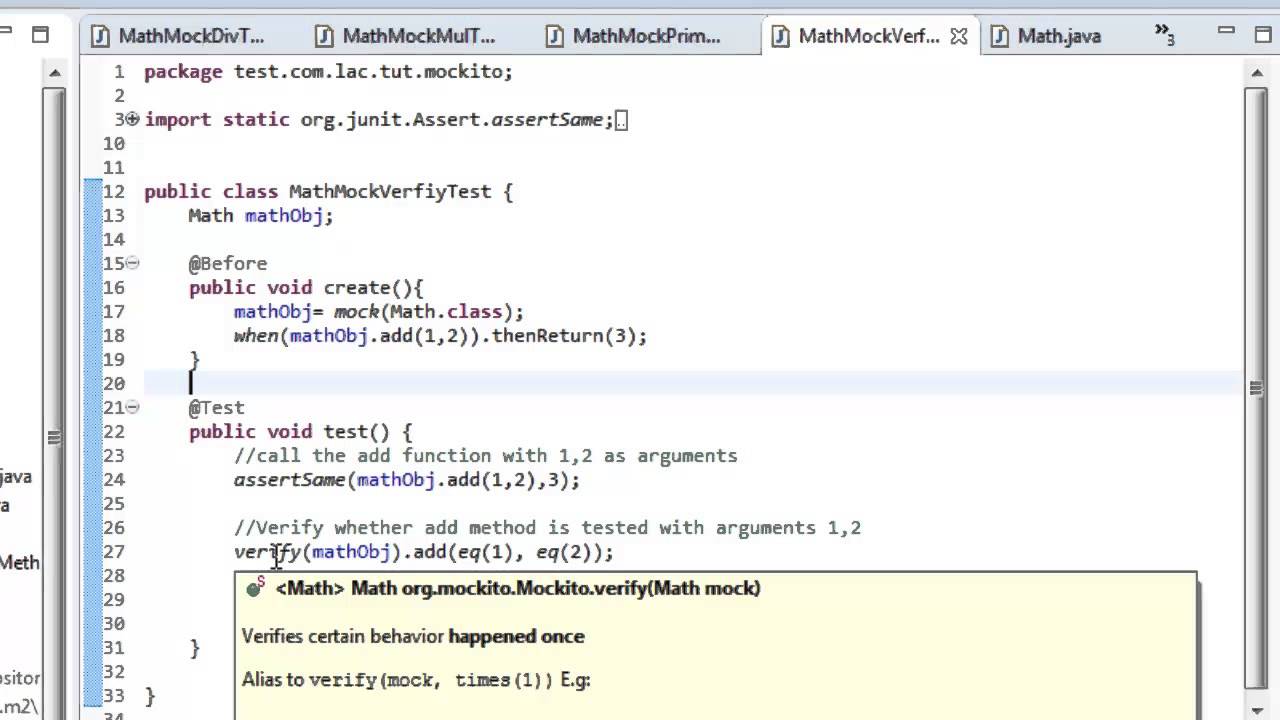 Gradle is a project automation Java tool. It’s the default build system for Google’s Android operating system. Gradle maintains a good balance between extensibility and structure. Its conventions are way too useful, but you can easily override them if you need to. Gradle files are generally broken up into tasks, which allows for incremental development meaning less time getting stuck in dependency hell. Gradle makes smart decisions about when to avoid unnecessary work; for example, it will reuse build outputs from previous builds and keep a daemon running to keep information in memory. It supports the convention-over-configuration paradigm. 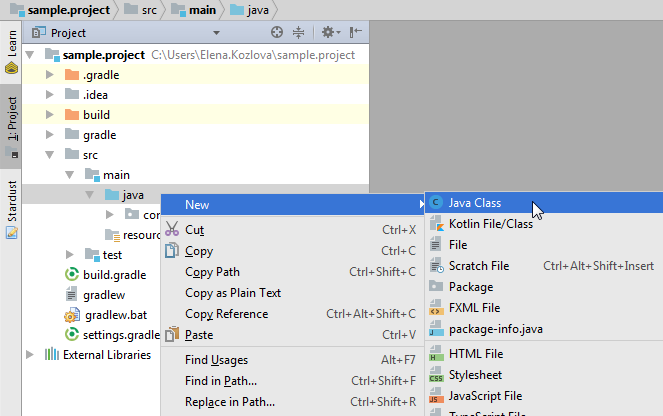 It uses the best ideas of Apache Ant and Apache Maven and takes it to the next level. It introduces a Groovy-based domain-specific language (DSL) instead of the XML which is used by Apache Maven for declaring the project configuration, which makes it easier to configure project dependencies and customize it based on your need. 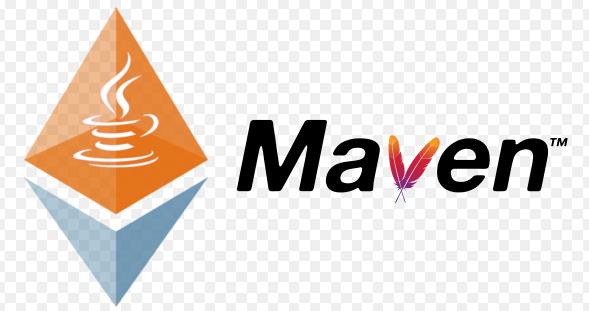 Apache Maven is a build and project management tool. It is based on the Project Object Model (POM) concept. Another useful feature of Maven is dependency management.

It is a simple project setup that follows best practices to get any new project or module started in seconds. It allows easy writing of plugins using Java. Offers instant access to new features with very few extra configurations. Ant tasks for dependency management and deployment outside of Maven. Release management and distribution publication. It encourages the use of a central repository of JARs and other dependencies. 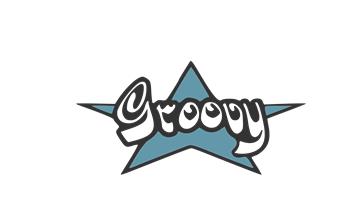 Groovy is a powerful language with static-typing & compilation capabilities which is primarily aimed at improving a developer’s productivity. Groovy can be said as the chiller, more relaxed cousin of Java. Smart design decisions that make Groovy useful for testing make this an exceptional tool. 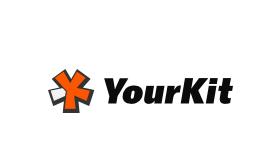 Java profilers like YourKit help you identify memory leaks, compare the consequences of different code paths and diagnose other performance problems to help ensure the code you write. On-demand profiling basically means the profiled application can be run without incurring any overheads. YourKit integrates seamlessly with major IDEs, making it a major part of the development process. Another important feature of YourKit is that it also has powerful exception-profiling capabilities: it shows you the type of exception being thrown and the number of times it was thrown. Therefore, you can profile various kinds of database calls and also right down to the queries that were executed.

Apache Spark is a lightweight Java web framework which is intended for rapid development with as little overhead as possible. It is an open source framework that is used for large scale applications across clustered computers. It can handle both batch and real-time data processing workloads. It is developed to speed up processing jobs in Hadoop Systems. It is written in Scala language for interacting with Spark core engine. 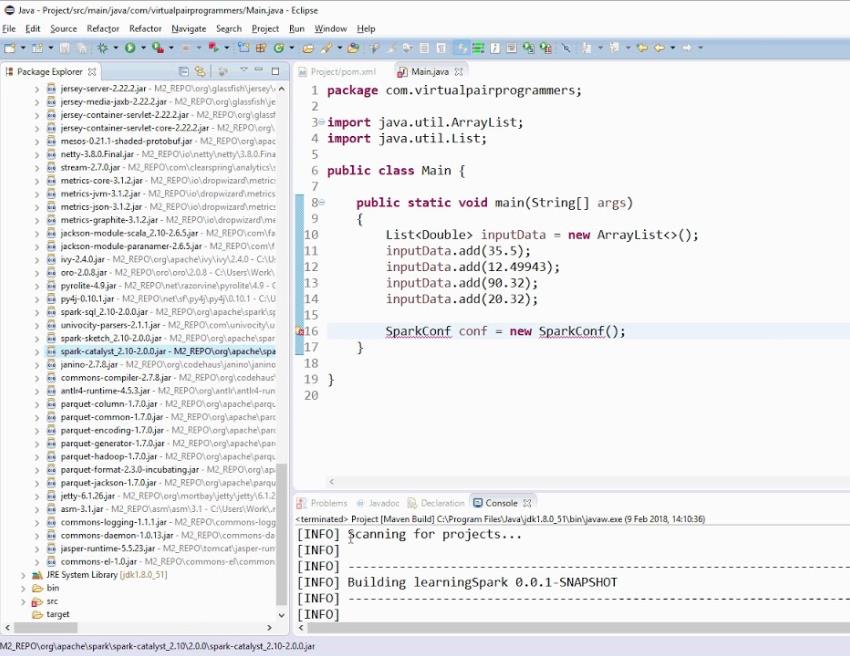 Other important features include: 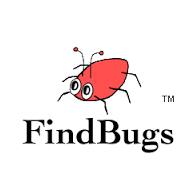 FindBugs is an open source Java project used for static analysis. It scans Java bytecode to identify potential bugs. It is free, easy to run and really very good. 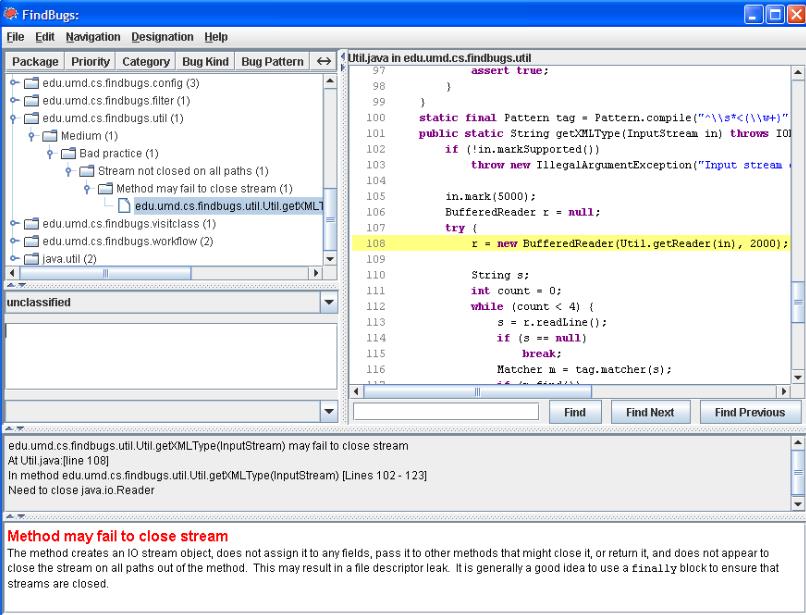 It can identify bug patterns with complete accuracy. It also provides support for the Guava library, recognizing many common misuse patterns. It supports detection of problems identified by JSR-305 annotations.

JRat is an analysis toolkit used to measure an application’s performance. With JRat, you can then identify possible problems that can affect application performance with the use of this tool.

Data can be viewed and analyzed on JRat Desktop (Swing application). 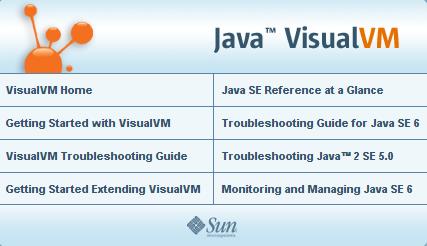 VisualVM is a utility included in the JDK for monitoring, reviewing the performance of Java applications and integrating command-line JDK tools. It detects and attaches to active JVM instances to retrieve diagnostic information about a process. It is designed for both development and production time use. 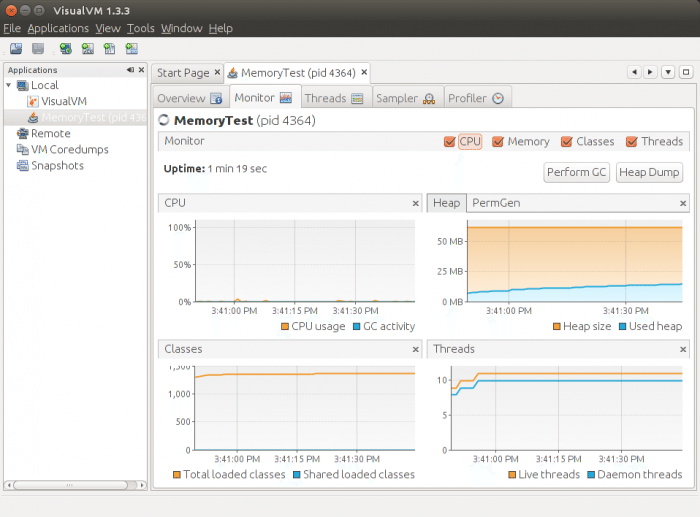 It provides a full suite of profiling tools including JConsole, Jstack, Jmap, Jinfo, and Jstat.

Atlassian’s Clover is an open source and free to use Java tool for generating code coverage reports from unit tests and can be executed simply as a plugin in Ant, Eclipse, or Maven. It is a source code instrumentation technique that can collect code metrics.

Apache JMeter is an instance of open source software, and a 100% pure Java application for load testing. It is a testing tool that will measure functional behavior and also the performance of your websites, databases, web services etc.

Other important features of Apache JMeter include:

Cobertura is a code coverage utility for Java. It generates HTML-based reports based upon the amount of code that isn’t covered by testing i.e., it calculates the percentage of code accessed by tests. It can also be used to identify which parts of the Java program are lacking test coverage. 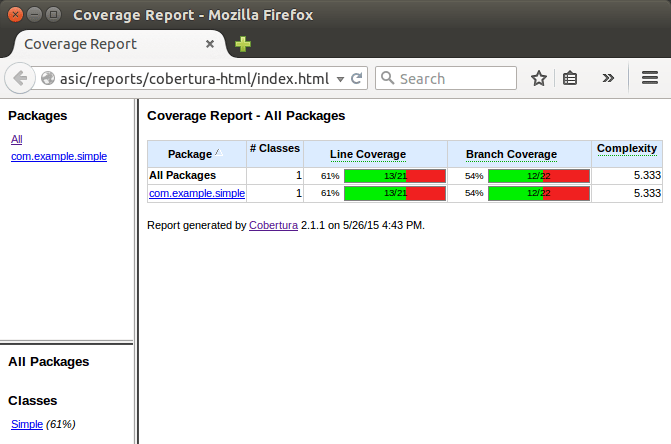 It allows line and branch coverage in a detailed tree view and allows to view source code which is colored according to line coverage. It launches Scala, Eclipse JUnit, and PDE in covered mode. It filters out uninteresting classes and packages. Further, it instruments Java bytecode after finishing compiling and also allows you to generate reports in HTML or XML. It displays the percentage of lines, branches covered for each class, package, and the entire project. 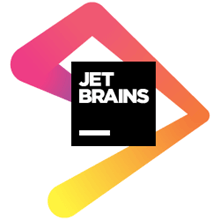 IntelliJ IDEA is a multi-purpose IDE which focuses on Java development. It offers advanced support for the web, mobile, and hybrid application development and helps developers come up with innovative Java solutions. It has features that help boost productivity such as ‘Smart Code Completion’ and ‘On-the-fly Code Analysis’.

Since Java is widely used by developers all around the world every day, there are a number of development tools available in the market at a free of cost for developers to use and they, in turn, make their work easier and quicker and result in an error-free code. In ths list I have tried to cover up all the major tools every Java developer should be aware of in order to make their task easier. However, there are so many tools out there and I may have missed out on some other important tools but just drop a comment and let me know and I will make sure to include them too.