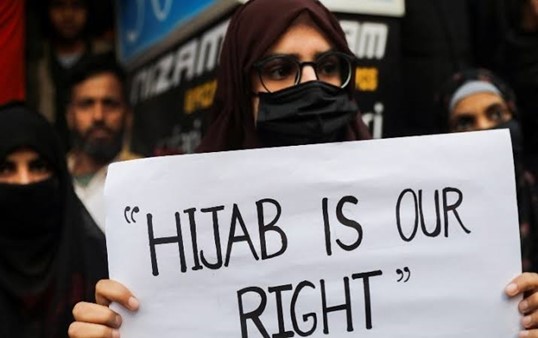 Following a recent dispute which clearly questions the minority rights, female students are advised to avoid wearing religious scarves until the court decides whether schools should ban it or not.

This pronouncement was made by an Indian court in Udupi, India. This conflict started off at a college preparatory centre for girls in Udupi, southwestern Karnataka when some Muslim girls tried to enter the classroom for their lectures but were sent out by some of the teachers. Subsequently, they were marked absent for that very day. According to one of the solicitors, “It’s strange, because wearing Hijab to the school has never an issue before.” As the unrest keep escalating, schools were ordered to close for three days as the security officials find it hard to contain the demonstrations.

This controversial decision by the court has further increased the fear among Muslims in India who now feel attacked by the government which is under the control of a Hindu nationalist Narendra Modi, whose eight years in power have been clouded with hate speech and religiously motivated violence unlike any other leader.

Unfortunately, his political party, Bharatiya Janata Party (BJP) has also contributed in powering an atmosphere of fear and terror among the minority groups. Viral footage has shown one female student on hijab being attacked by some Hindu youths shouting “Jai Shri Ram” meaning “Hail Lord Ram” as she makes her way to the collage in Karnataka. This has led to several protest in many cities in India including Delhi, Mumbai as well as Pakistan with high government officials voicing out their concern and worries about the situation.

The ban on the use of Hijab violates the international human rights law, which gives the freedom of expression, freedom of manifestation of religious beliefs and freedom to education without discrimination. This has exposed the latest plot of Indian authorities trying to marginalize the Muslims among them, exposing them to harm and violence. In the past few months, many anti-religion events have taken place including Hindu vigilantes interfering with Muslim prayers in public places, some in their workplace were harassed, beaten up without remorse. Muslim women too have also been cajoled and embarrassed to the extent of displaying their pictures and tagging them for sale. 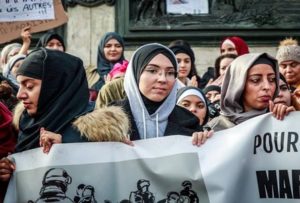 In the Muslim world, the hijab has been a symbol of “total submission to God” and thus it is a key article of faith Muslim ladies. Although this has stirred a lot of controversy in several countries, including France, where wearing of Hijab was banned in public schools as far back as 2004. Raghupathi Bhat, Udupi’s BJP MP stood his ground that the reason for the ban was simply in conformity with the school uniform rules and that the girls on Hijab won’t be allowed past the classroom doors. But Zakia Soman, founder of the Bharatiya Muslim had a different view concerning this. “In educational setting, we should try not to involve religious matters into it. Men in this part of the country go around in saffron robes and presently we have a minister in the union cabinet putting on saffron robes. The question remains what right do those people have to question the girls on Hijab sitting among other pupils in classrooms.”

Is Laying Off Employees The Only Solution To Shore Up The Sinking Boat Of Byju’s? It Answers- Yes

Health and Education are twins that need to be well looked after, nurtured for our present and future well-being: Vice President