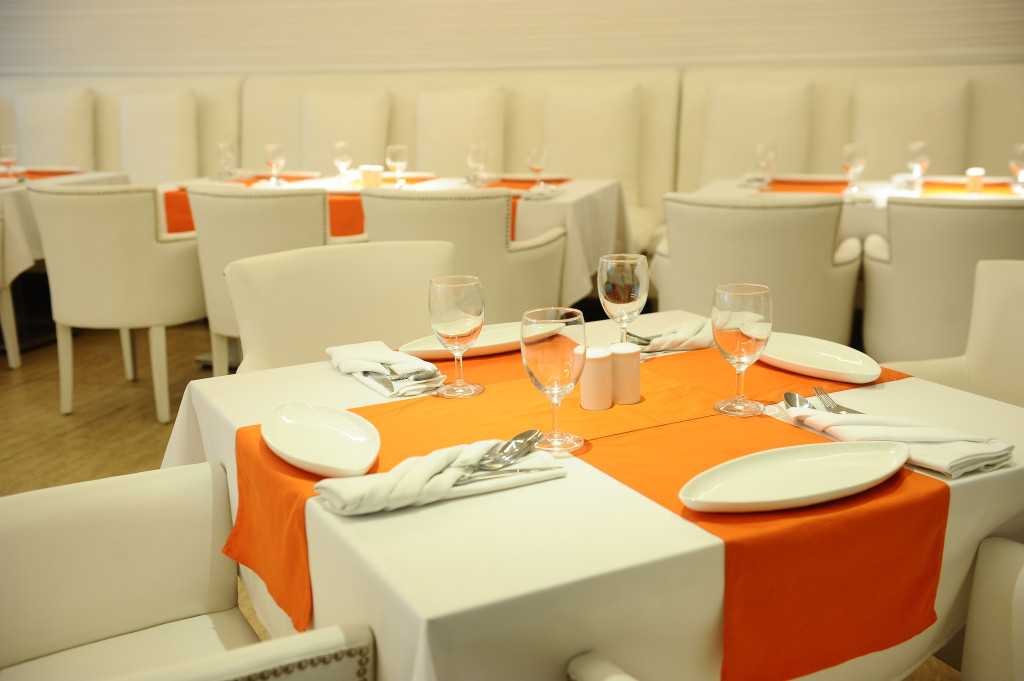 Food tasting event at one of the delhi prominent restaurants in rajouri the muraqqa in the first week of september.

In the first week of september I had the chance to be a part of a food tasting event organized by the Muraqqa Restaurant.

So as I reached there for some lip smacking food in hope that it would make me forget all my tiredness, let me tell you I was not disappointed.
Located near the Rajouri Metro station in C-8 Vishal enclave this place not only had some great food on offer but really well interiors too!

When I entered the place the first thing that caught my imagination was how neat, simple yet beautifully was the place made, usually when you visit any places like these there is either a lot of extra work done in making the place look good by placing way too many paintings or many designs that spoil the feel of the place or way to less of anything, rarely do any place strike a fine balance between them and Muraqqa was one of them.

The white decor along with the overhead lamps really was something pleasing to the eyes.

It was a delightful vegetarian dish in which Anjeer ke kebab was a signature dish of the place being made using raw bananas, figs and marinated Indian spices.

Then they brought us another of their Signature dish called Irani Kebab which loved by my team members who had come there along with me for this wonderful event.

It was a dish made using fish with Boiled egg stuffed in between giving it a remarkable flavor while eating it, and plus one to the presentation of the dish… we loved it.

Brought on later on were extremely tasty 2 Snacks called Murg Espani and Fish Tikka.
And both them had a wonderful taste along with a presentation that we loved. The dishes were not too soft nor too crispy but just the right amount of heat along with well used Indian Spices.

Murg Espani
While we were eating there was a live sufi singing done by incredibly talented singers who were really good and I myself never even realized that I could enjoy the time I had to wait in between food so much..
I guess part of of my such wonderful experience was because of their singing.

with the plates impressing us a lot, a lot of people don’t realize how important is culinary a part of a restaurant and often choose to ignore them, we were glad that they were not one of them

The dishes that were presented to us were Butter Paneer, Dal Makhani, Murg Lababdar and Butter chicken along with Indian breads like Naan and Lachha Paranta.

The  thing that was liked by each and everyone my team members was the fact that the after we had finished made us want a bit more though we were already full!.

So after we had the dishes before us and began to taste each one by on each of had developed a personal favorite among the 4 dishes!

Because each of them good, with dal makhani having a taste along with a wonderful aroma and the butter paneer having the paneer being soft and the gravy along with it complemented it.

And the rest of the dishes were made in a way that we if we had to come just for main dishes they would feature in it.

relaxing environment and good food, do check out the Muraqqa.

And we can say this without a blink of an eye that it was the quality and standard that is expected of the top places that you might want to eat in without worrying too much about how the food might taste because they have made sure that the ambiance, food and the taste of all their starters are something that will remain with you for a long time.