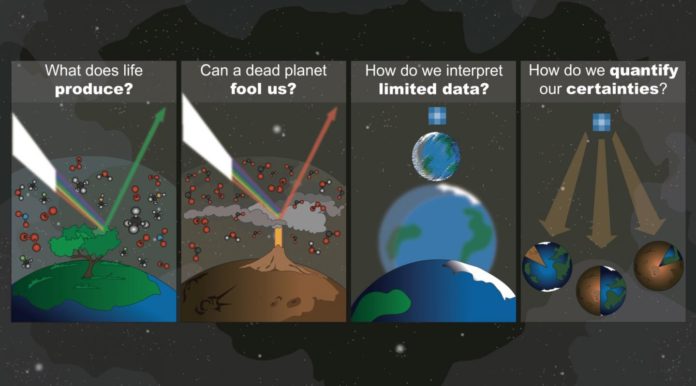 When Scientists on Earth are even willing to travel beyond Sun’s gravity and to the darkest unknown corners of the Universe, we have a gift flowing beneath Earth’s surface in this regard.

We know that every planet holds a plethora of secrets regarding its formation and origin in its garb. All it takes is sheer determination to seer through them one-by-one.

It has been since 1992, Dr. Sherwood Lollar of University of Toronto along with a small group, had been carrying out research at the Kidd Creek mine, within the 2.7-billion-year-old Canadian Shield of Precambrian age.

It is one of the world’s largest continental shields – undoubtedly the oldest and least tectonically active parts of the Earth’s crust, fairly that is stable now after a disturbed history of time.

It is to note that Earth’s surface is in constant flux, and even the oldest existing ocean floor dates back only a few hundred million years old, much to the dismay of our excellent minds.

But it was rigorous seventeen years later that her team finally extracted the record-setting brine from 2.4 km deep inside Earth. Four years more and countless tests in line, the team concluded the 1.6 billion years age for the discovered water.

It even caused their mass spectrometer to break while testing at UK’s Oxford University. The tests pegged the mean age of the samples, extracted earlier from active copper, zinc, silver mines from Ontario, then considered to be the oldest.

For this, she received the top science prize of the Gerhard Herzberg Canada Gold Medal for Science and Engineering worth $1 million in 2019 and the NSERC’s John C. Polanyi Award in 2016.

The study has been published as “Sulfur mass-independent fractionation in subsurface fracture waters indicates a long-standing sulfur cycle in Precambrian rocks” in the journal Nature Communications.

What all has been so-far gathered along with the water?

Geochemical analysis of the water sample to ascertain its age involved measuring the radiogenic noble gases of helium and xenon. Lollar explained how the water subsumes these elements all along as it sits there for a long time.

The team also noticed a few sediments accumulating at the bottom of the water sample transferred in 2020 to Ingenium(the Corporation owning the mine). It was later identified as Iron Oxide, which precipitated from the water after exposure to oxygen from the air.

The newly-found water was extremely saline- at least ten times the sea water and had a musty smell.

A set of Chemolithotrophic microbes– bacteria known to thrive in the most extreme and harsh surroundings– were found to exist in this subterranean liquid. The density of Microbes was approximately 1,000 to 10,000 cells/ml of the liquid. And the experiment could not tell the exact taxa of the microbes.

Researchers found the microbes to have been feeding on available nitrogen and sulphate based on the chemistry that is sustainable in deep ocean beds that are known supporting similar extreme life forms on Earth.

Why does this discovery hold greater importance?

This undisturbed Shield from where this liquid drools out, is now Earth’s closest analogue to the subsurface of Mars, which possibly never faced the churning forces of plate tectonics.

NASA’s Perseverance rover is out there in space to offer significant clues in search for alien life, especially our beloved Red Planet.

If the water can breed life far beneath this mine, there’s a fair chance that the same is true on the Red Planet. All that is needed is a closer look beyond and within.

Lollar exclaims: “If there are any biomarkers, indicators of past life, they’ve gotta be in the subsurface. We no longer think of life on Earth as this smear of biology on the surface. Life may be something that deeply permeates our planet.”

She says the ancient water might help answer a question that curious earthlings have continued to ask as long as we have spread our wings outwards in Space: could there be life on other planets?