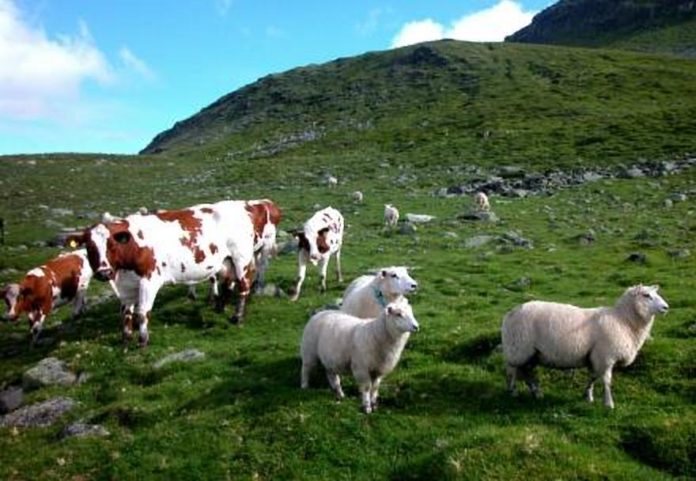 Cattle or sheep grazing on pastures where the parasite is present can get infected with liver fluke, which grows in the liver of infected animals, which leads to the sheep or cattle getting the disease called fascioliasis. Current estimates indicate that liver fluke is responsible for around £300 million annually in lost productivity across UK farms and $3 billion globally.

Up until now, researchers have mostly relied on risk predictions that have been based on rainfall estimates and temperature, without giving much consideration to the life-cycle of the parasite and how it is controlled by levels of soil moisture. This, when combined with the shifts in the timing of the disease and distribution attributed to climate change, has made controlling the liver fluke extremely cumbersome.

A research team from the University of Bristol has now developed a new tool for farmers that can aide them in mitigating the risk to their livestock. The model- works by explicitly linking the liver fluke’s prevalence with essential environmental drivers, especially soil moisture, will help farmers decide whether or not they should avoid grazing livestock on certain pastures where the liver fluke is more prevalent, or treat the animals based on when the risk of infection will be at its peak. Most importantly, this model can be also used to determine the impact of climate conditions in the future on infection levels.

Ludovica Beltrame, part of the research team from University of Bristol’s School of Civil, Aerospace and Mechanical Engineering said, “In recent decades, the prevalence of liver fluke has increased from 48 to 72 per cent in UK dairy herds. This new tool will help farmers in managing the risk associated with liver fluke and offers a more robust approach to modelling future climate change impacts.”

“Water-related diseases can be difficult to eradicate using medicine alone, as resistance to available drugs is increasing. We need predictive models of disease risk that quantify how strongly infection risk is controlled by our rapidly changing environment to develop alternative intervention strategies”, added Professor Thorsten Wagener from Bristol’s Cabot Institute.

The five-year study involved engineering, biology and medical researchers from the University of Bristol, Queen’s University, Liverpool University and Scotland Rural College. The paper titled, ‘A mechanistic hydro-epidemiological model of liver fluke risk’ by L Beltrame et al was published recently in the Journal of the Royal Society Interface.