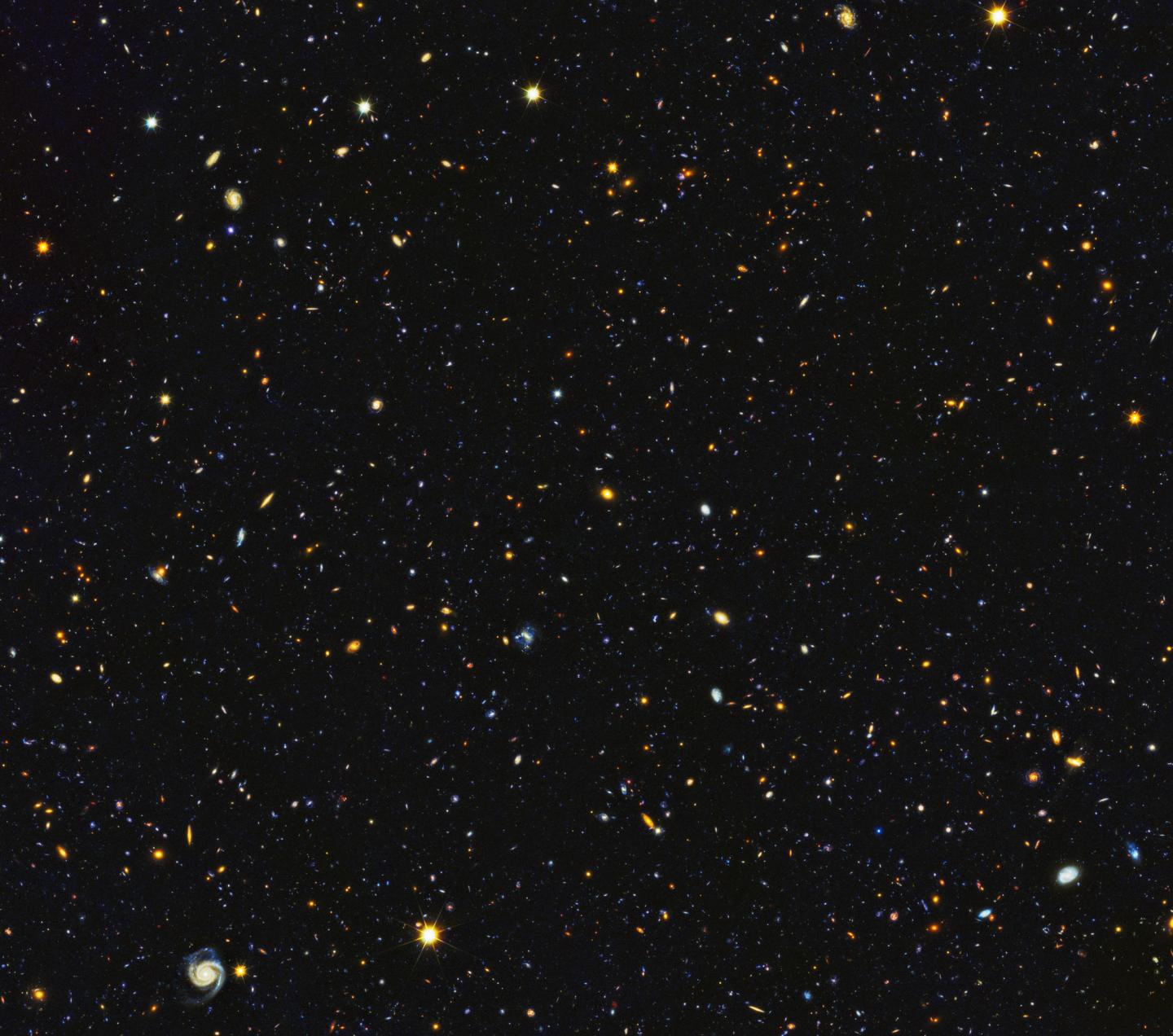 Astronomers have managed to capture one of the largest the panoramic views of evolution of universe- by recording a portrait of star birth in the distant universe in all its glory- using the ultraviolet vision of NASA’s Hubble Space Telescope. The Hubble Space Telescope is the result of an international cooperation between NASA and the European Space Agency (ESA), and the telescope is managed by NASA’s Goddard Space Flight Center in Greenbelt, Maryland, USA.

The field, as seen using the telescope, features nearly 15,000 galaxies, and about 12,000 of these galaxies are the birth places of new stars. This discovery by Hubble opens new doors on the search of the mysteries surrounding our evolving universe, and will also help scientists to track the birth of stars over the past 11 billion years- back to one of the busiest star-forming periods in our cosmos- which actually took place some 3 billion years after the big bang.

It seems like ultraviolet light was the key to solving this cosmic puzzle. When combined with the infrared and visible-light data that had already been obtained by Hubble and several other space and ground-based telescopes, astronomers were able to assemble to this portrait- which is being called one of the most ‘comprehensive’ portraits of our universe’s evolutionary history as of yet.

This new image is somewhat sprawled between the very distant galaxies, which are only viewable in infrared light, and the closer galaxies, which can only be seen across a broad spectrum. Actually, the light from distant, star-forming regions in far away galaxies was actually ultraviolet at the beginning. It was the expansion of the universe that has shifted the light into the infrared wavelength spectrum.

Comparing these images that illustrated star formation in the distant universe and nearby universe, astronomers can now extract more information on how nearby galaxies evolved from the small blobs of hot and young stars way way back in the past. Since Earth’s atmosphere filters most of the ultraviolet light, Hubble helps make observing some of the most sensitive space-based events possible.

The mosaic assembled is actually 14 times the area of the Hubble Ultra Violet Ultra Deep Field, which was released in the year 2014. The program is called the Hubble Deep UV (HDUV) Legacy Survey and it builds itself on the previous Hubble multi-wavelength data in the CANDELS-Deep (Cosmic Assembly Near-infrared Deep Extragalactic Legacy Survey) fields within the central part of the GOODS (The Great Observatories Origins Deep Survey) fields.