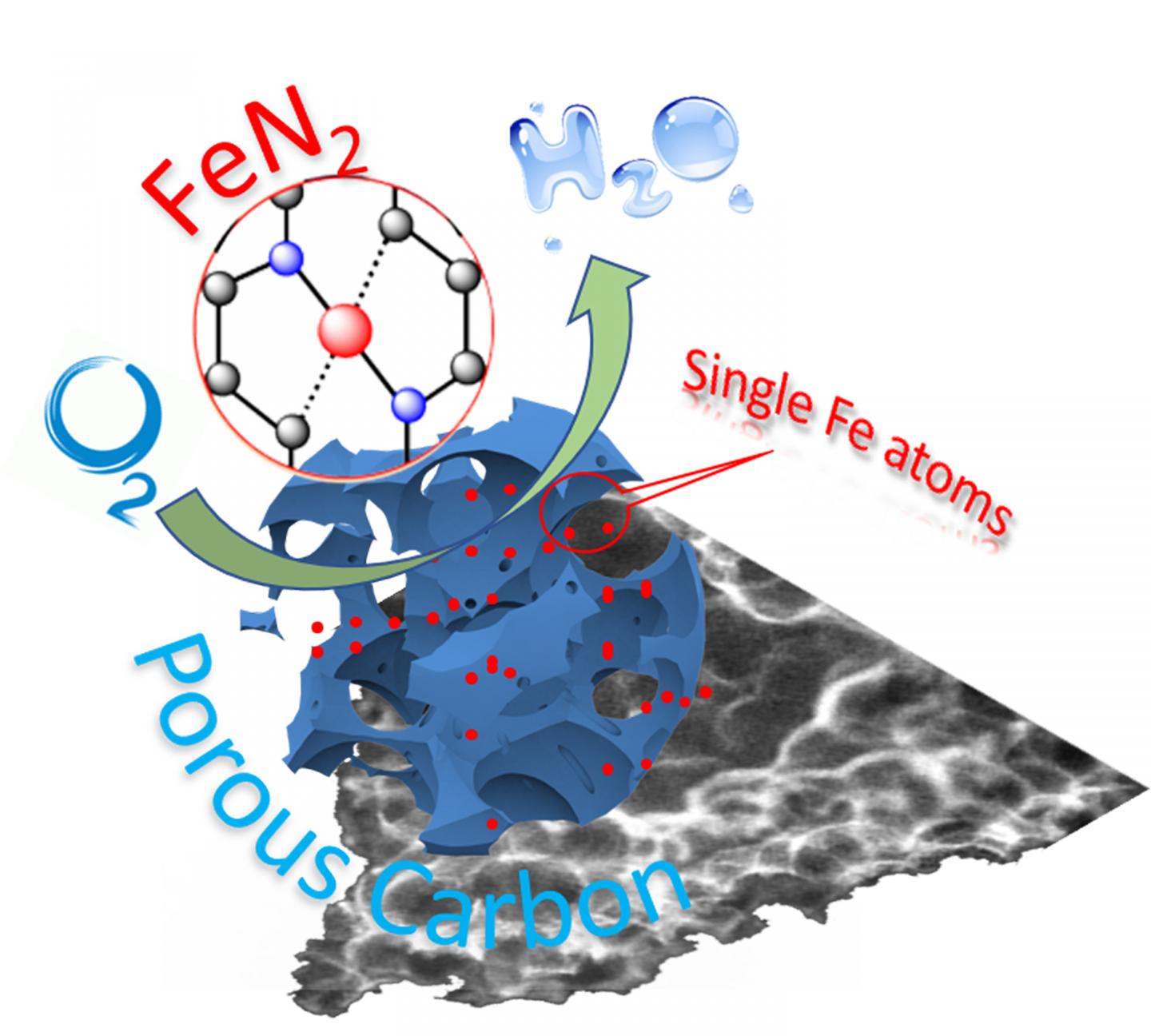 Researchers from the Washington State University have found a new way to make low-cost, single-atom catalysts for fuel cells — an advancement that could produce crucial clean energy technology more economically feasible. The study was published recently in the journal Advanced Energy Material.

Hydrogen fuel cells are important for the clean energy economy since they rae more than two times as efficient at creating electricity than polluting combustion engines- with their only waste product being water. But, these platinum-based catalysts, which are used for the chemical reaction in fuel cells are quite expensive- which significantly deters them from being commercialized.

So rather than using platinum, which is quite rare, researchers proposed using nonprecious metals, such as iron or cobalt. But the reactions with these abundantly available metals do not work for a long time. “Low-cost catalysts with high activity and stability are critical for the commercialization of the fuel cells.” said Qiurong Shi, a postdoctoral researcher at the School of Mechanical and Materials Engineering (MME) and a co-first author on the paper.

The research team, which was led by Yuehe Lin, an MME professor, used iron or cobalt salts and the small molecule glucosamine as precursors in a straightforward high temperature process to make the single-atom catalysts. The process can reduce cost of the catalysts considerably and could also be easily scaled up for production.

These iron-carbon catalysts that were developed by the team are comparatively more stable than commercial platinum catalysts. Not only this- they also maintained good activity and didn’t get contaminated- which is a problem scientists often experience with common metals.

“This process has many advantages,” said Chengzhou Zhu, first author of the paper.”It makes large-scale production feasible, and it allows us to increase the number and boost the reactivity of active sites on the catalyst.”

The research was a collaboration between Lin’s gropup, Scott Beckman- who is an MME associate professor at WSU, and researchers from Advanced Photon Source at Argonne National Laboratory and Brookhaven National Laboratory for materials characterization.

“The advanced materials characterization user facility at the national laboratories revealed the single-atom sites and active moieties of the catalysts, which led to the better design of the catalysts,” added Lin.

Could AI robots evolve the sense of prejudice on their own?
New research identifies properties of stem cells that determine cell’s fate
Comment