Expanding its AI ambitions, Facebook Inc. today open-sourced a platform called AI Habitat. It is a simulator that enables researchers to carry out many training sessions at once in a virtual environment. AI Habitat boasts an open and modular design that Facebook says is flexible enough to bring reproducibility and standardized benchmarks to this budding field.

The company built the platform to be usable in a broad range of AI projects. Facebook made it modular so that researchers can swap out key components if they need to, and implemented native support for several common open-source datasets used to train AI models. 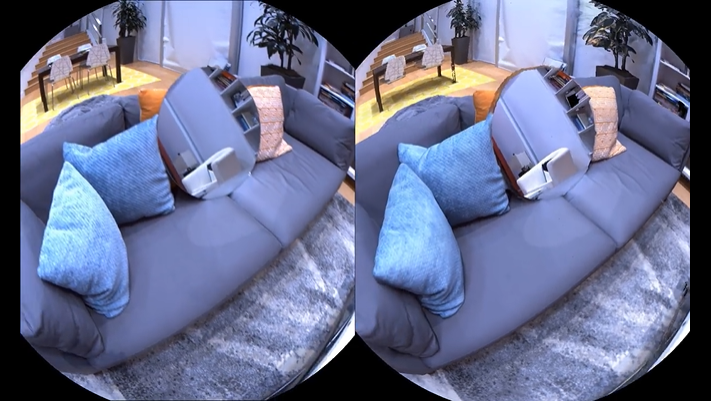 To put AI Habitat through the paces, Facebook recently hosted an autonomous navigation challenge that ran on the platform, and further plans to award Google Cloud credits to the winning teams at the Habitat Embodied Agents workshop later this year.

A Replica simulation of a living room is meant to capture all the subtle details one might find in a real living room, from the velour throw on the sofa to the reflective decorative mirror on the wall. The 3D simulations are photo-realistic; even surfaces and textures are captured in sharp detail, something Facebook says is essential to training bots in these virtual spaces. “Much as the FRL research work on virtual humans captures and enables transmission of the human presence, our reconstruction work captures what it is like to be in a place; at work, at home, or out and about in shops, museums, or coffee shops,” said Richard Newcombe, a research director at Facebook Reality Labs, in a blog post.

Looking into the future, Facebook sees itself pairing photo-realistic virtual environments with equally realistic avatars to create what it calls a “true social presence.”