A feature created by twitter called “anti-troll” was tested by twitter earlier this year, which allowed a limited number of users to choose who is able to reply to their tweets. It was a success and the latest version of IOS makes it available to all IOS users. The way the feature works is that before you make a tweet, you’ll be given the option of choosing who would be able to reply and the options are: 1) only those people you mention, 2) only those people you follow or everyone by default settings.

Considering all the recent harassment reports from women saying they received replies with sexual assault threats, this feature would be quite useful in blocking all that junk that would have to be read in default settings. There have also been arrests made on accusations of the recent hacking of accounts on the social media platform Twitter of various public figures including the likes of Bill Gates, Elon Musk, Kanye West and many more. 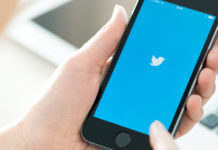 Twitter to now notify for tweets which would be taken down