Due to the outbreak of COVID-19, the lockdown has become mandatory all over the world. So, people are facing social distancing and many companies are following Work From Home. In the last two months social media apps are being widely used which helps people to connect and chat. Video conferencing apps market is growing day by day. Many companies are introducing new features that allow users to communicate with more people at a time.

Earlier, Facebook has also extended the number of people who can participate in the meeting or call. They had introduced messenger rooms for meetings. A person who doesn’t have a Facebook account can also join the meeting. Now, WhatsApp Web will allow you to call up to 50 participants at a time on desktop. This could become a new alternative for Zoom, Skype, and Google Meet for video conferencing. But when this feature will roll out is not known. 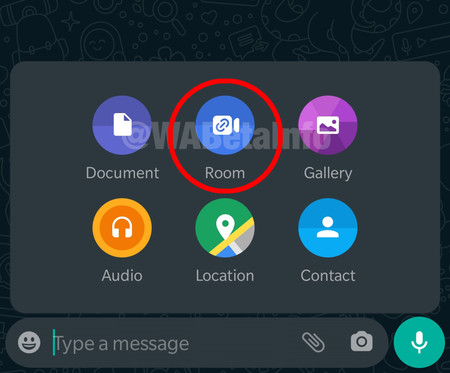 This new version was spotted in the Beta version of the WhatsApp web. There will be a shortcut provided directs you to messenger rooms. From there you can create a room and invite people and also you can join the room.

Recently, WhatsApp got a major update that allowed users to have a video chat with 8 people simultaneously. The new shortcut for messenger rooms will be available on iOS and Android.

However, Facebook CEO Mark Zuckerberg has a vision of integrating WhatsApp, Facebook, and Instagram. The launch of the Messenger rooms is a small hint of the development of cross-platform chat. However, How the cross-platform messaging is going to be implemented or How it would look like is not known. Messenger Rooms is not a new thing for Facebook. The concept of that was there long ago and it is not trying to copy the recent trends. However, it is a top rival for apps like Zoom and Google Meet.