How this feature works:

Once the “Autoplay” toggle is enabled in the “Up next” playlist, you will be given 8 seconds to search and play your next video else the next video starts according to the recommendations available. Notably, the shrinking circle which we used to encounter until now has been replaced with an actual clock count swapping places with the video information in the upper left corner.

At the center of the screen, the thumbnail of the next video in-line will be displayed and can be seen in the image section at the right, with description. Another major improvement we notice is the ‘Play Now’ and ‘Cancel’ buttons have been made much larger and less flashy in the form of rectangular boxes below the video. The top right corner features an ‘X’ which has the same functionality as the cancel button.

However, this change may be brief, as social media giants like Snapchat, Facebook and even YouTube may experience harsh criticism and come under fire from another US bill that opposes social media-based life dependence. Named the Social Media Addiction Reduction Technology (SMART) Act, the bill was proposed by Republican Senator Josh Hawley who contends the organizations behind such applications utilizing psychological stunts/advertising to keep users snared. 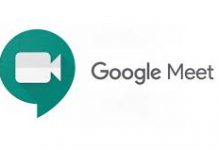