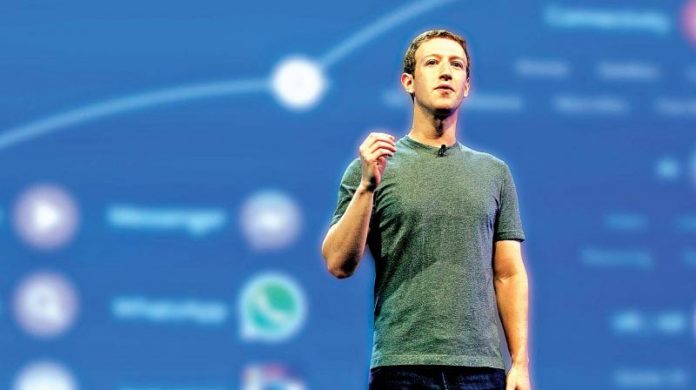 Facebook CEO Mark Zuckerberg has written a detailed post on his personal page highlighting that the future of social network lies in investing in private chats, with a focus on end-to-end encryption around the platforms. Previously, it was reported that Mark Zuckerberg is planning to integrate WhatsApp, Facebook, and Instagram into one platform and the post suggests that it will be happening in the near future.

According to Zuckerberg, “privacy-focused communication platform” will be more important given it is what users want that more of them are now “cautious of having a permanent record of what they’ve shared.”

Zuckerberg has also acknowledged in his post that many might not be convinced by the company’s argument of developing a “privacy-focused platform,” given the history of the social network. He admits the company does not “currently have a strong reputation for building privacy protective services, and we’ve historically focused on tools for more open sharing.”

The integration is planned to give users a choice to reach their friends across Messenger, Instagram, and WhatsApp, from whichever app they prefer. Messenger already shows an option to log in via Instagram.

“With the ability to message across our services, however, you’d be able to send an encrypted message to someone’s phone number in WhatsApp from Messenger,” points out Zuckerberg.

He further writes, “With interoperability, you’d be able to use WhatsApp to receive messages sent to your Facebook account without sharing your phone number….” It would be possible for users to send messages to their contacts using any of Facebook’s service.

The company wants to later expand its interoperability to SMS too, though the SMS feature will be opt-in.

According to Zuckerberg, reducing permanency on posts will mean that the company won’t keep “messages or stories around for longer than necessary to deliver the service” or “longer than people want them.”

Zuckerberg mentions that the team is exploring the idea of letting content “automatically expire” or one where it is “archived over time.” Facebook says that just like Stories expire after 24 hours unless archived by the user, is a “philosophy that could be extended to all private content.”

Snapchat stories expire after 24 hours of being posted and if Facebook was to introduce this feature, it would mean bad news for the messaging app, which has already had most of its key features copied by the social media giant.

Zuckerberg further gives examples of how “messages could be deleted after a month or a year by default.”

This would reduce the risk of your messages resurfacing and embarrassing you later. Of course, you’d have the ability to change the timeframe or turn off auto-deletion for your threads if you wanted. And we could also provide an option for you to set individual messages to expire after a few seconds or minutes if you wanted,” he wrote.

Facebook CEO has also addressed the issue of data storage.  Zuckerberg said that the company has “chosen not to build data centers in countries that have a track record of violating human rights like privacy or freedom of expression.”

“If we build data centers and store sensitive data in these countries, rather than just caching non-sensitive data, it could make it easier for those governments to take people’s information. Upholding this principle may mean that our services will get blocked in some countries, or that we won’t be able to enter others anytime soon,” he wrote. This is a tradeoff that the company is willing to make, according to Zuckerberg.

“We do not believe storing people’s data in some countries is a secure enough foundation to build such important internet infrastructure on,” he wrote.

“We increasingly believe it’s important to keep information around for shorter periods of time. People want to know that what they share won’t come back to hurt them later, and reducing the length of time their information is stored and accessible will help,” adds the post.

Facebook admits that it will have to make sure that miscreants don’t use the end-to-end encryption for criminal activities like child pornography, terrorism, cyber-crime, etc, and this is not an easy challenge to solve, especially while balancing privacy.

“We are working to improve our ability to identify and stop bad actors across our apps by detecting patterns of activity or through other means, even when we can’t see the content of the messages, and we will continue to invest in this work,” he wrote.

“We’ve started working on these safety systems building on the work we’ve done in WhatsApp, and we’ll discuss them with experts through 2019 and beyond before fully implementing end-to-end encryption,” writes the Facebook CEO.

According to the post, Facebook will be rebuilding its services around these ideas. “We’re going to do this as openly and collaboratively as we can because many of these issues affect different parts of society,” he adds.

Facebook has no intention of compromising the expectation of encryption that people already have using WhatsApp, even with interoperability, he adds.