Earth formed around 4.54 billion years ago but the geologic history has successfully maintained the mystery.

The earliest life forms or the microscopic organisms(microbes) those left signals of their presence in rocks were only known about 3.7 billion years old and no evidence of any prior existence is known, only certain speculations.

The infamous Genesis moment has largely yet been unlived or unexperienced but it is a story of passion, obsession, determination, curiosity and brilliant creativity, which encapsulates some of the greatest discoveries of modern science and many yet to unravel as our scientists have travelled to every corner of Earth and the universe to solve this puzzle.

The Big Bang Theory is a prominent explanation about how it all began with budding Universe. In simple terms, as we know it started with a small singularity, then inflated over the next billions of years giving birth to the cosmos that we know today.

But currently The universe is not only expanding, but getting faster as it inflates. This means that as time passes, it will become difficult to spot other galaxies from Earth, or any other vantage point within our galaxy.

Our Earth and the Universe that holds it, is a dynamic sorcerer that has its own tricks to trigger our doubts.

Now a lonely meteorite has landed in the Sahara Desert that is known to be older than Earth. And according to a new study, its age and mineral content hint the rock’s origination in our early solar system from the crust of a protoplanet — a large, rocky body in the process of developing into a planet.

It has been named Erg Chech 002 (EC 002) after the Algerian site where it was discovered, to be a rare existing chunk of a lost baby planet that must have been destroyed or absorbed by bigger rocky planets during our solar system’s formation.

Physical appearance of the rock:

Relatively coarse grained, tan and beige at places studded with crystals that were “larger green, yellow-green and less commonly yellow-brown” that is congruous to the terrestrial basalts or plutonic rocks formed out of recrystallisation.

According to the Center for Meteorite Studies at Arizona State University, the rock classifies as an achondrite, a type of meteorite formed from a parent body with a distinct crust and core without chondrules. 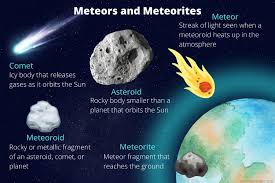 Although there are nearly more than three thousand meteorites originating in the crust and mantle layers of rocky asteroids, but they reveal little about protoplanet diversity when our solar system was young.

How to we ascertain the rock is that old?

Radioactive isotopes of aluminum and magnesium have signified that the meteorite’s parent was an ancient body dating to 4.566 billion years ago.

Chemical composition also revealed that it emerged from a partly-melted magma reservoir in its parent body’s crust.

Also it seems to be made of andesite, which is rich in silica. Such silica-infused andesite crusts were common during our solar system’s protoplanet-forming stages and can be reflective of important, yet undiscovered data for human understanding.

According to authors of the study: “No object with spectral characteristics similar to EC 002 has been identified to date.”

“Remains of primordial andesitic crust are therefore not only rare in the meteorite record, but they are also rare today in the asteroid belt”.

First space hurricane observed on Earth’s North pole, showering electron rain
An Asteroid to fly past us on March 21 and it has got some secrets for Humans