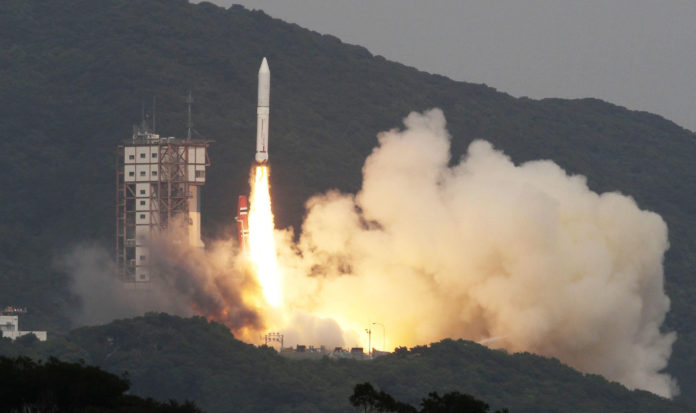 Tokyo, July 11 (IANS) Japanese space probe Hayabusa2 on Thursday made its second successful landing on an asteroid located 244 million km from Earth, collecting underground samples that could provide information on the origin of the solar system.

This is one of the most important missions of the spacecraft, which is scheduled to return to Earth next year with the samples gathered from the Ryugu asteroid, which is around 900 metres in diameter with a slightly cubical shape and is considered among the oldest bodies in the solar system, reports Efe news.

Hayabusa2 has travelled around 4 billion km around the Sun in an elliptical orbit since its launch in December 2014. The probe made its first landing in February to collect samples from Ryugu’s surface.

The probe made a brief touchdown on the asteroid around 0120 GMT, according to information received at the mission control centre, the Japan Aerospace Exploration Agency (JAXA) said.

The maneouver was aimed at retrieving underground samples from an artificial crater on the surface of the asteroid created in April by a projectile made of the metal tantalum fired by the Hayabusa2 spacecraft.

According to JAXA, the underground materials have not been affected by space radiation and other factors, which could provide additional information to earlier samples taken from the surface.

Thursday’s maneouver was especially complicated as the probe had to focus on the open crater, which has a diameter of 7 metres.

Once the samples were gathered during the brief landing on Ryugu, the spacecraft took off again to remain in position near the asteroid.