Ajit Agarkar believes that Virat Kohli can lead team India to victory in Champions Trophy 2017 and said india has the best bowling attack.

Though the Indian team will be suffering from some criticism after the defeat from Sri Lanka, former Indian fast bowler, Ajit Agarkar believes that Virat Kohli’s team has the ability to win the ICC Champions Trophy 2017. India in their first match thrashed Pakistan with a big victory of 124 runs and after that everyone was hoping that Sri Lanka would be an easy target. However, the Lankans proved this theory wrong and won the match.

Now India’s next match is against South Africa and they need a compulsary win to remain in the tournament. In the middle of all this, Ajit Agarkar has shown belief in the Indian team. He said, “At the start of the tournament some of the batters were not in a great form, but once the tournament started all the batsmen are in good form and bowlers are doing well. All the five bowlers are in good form. A guy like (Ravichandra) Ashiwn not making the eleven tells you how well the bowling unit is doing.”

When asked about India’s bowling, he said, “As a combined attack, one of the best attacks we (India) had for a while. Even the ball has not swung in England, you got (Jasprit) Bumrah, Umesh (Yadav), variety is there, which helps the team always. Quite a complete attack. Not just balance, but there is variety, which makes captain’s life easier.”

He also added that the next game against South Africa will be tough, “They (South Africa) are the number one side (in ODI) and had a bad game against Pakistan, so it will be a tough game. They have not won an ICC tournament before in-spite of having such a good game. It will be a tough game for India. They will have to play well. South Africa like India is a balanced team and on the day they play well, they are difficult to beat.” 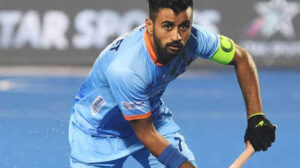