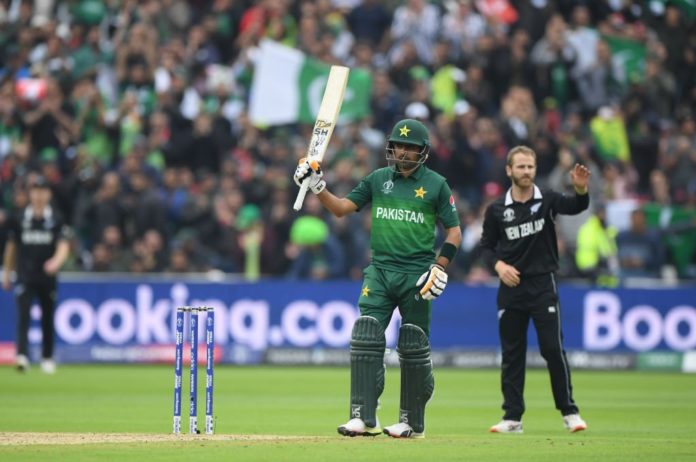 Birmingham, June 27 (IANS) “Personal achievements don’t matter to me, victory of the team does,” says 24-year-old Babar Azam who kept Pakistan alive in the ongoing World Cup as they defeated New Zealand in their crucial fixture.

On Wednesday, Azam scored a brilliant hundred as Pakistan chased down a 238-run target with six wickets in hand on a tricky Edgbaston wicket which had a lot to offer for both pacers and spinners.

Azam, who was adjudged the Player of the Match, scored a measured 101 off 127 balls – the first century from the side in this tournament – in front of thousands of fanatical fans in Birmingham.

“I don’t get happy with personal milestones. I get happy when my team wins. I was not able to perform in the previous matches as I was getting out after scoring 30s and 40s. Today, I tried to score a hundred and luckily my efforts paid off,” he said.

Hailed by many as the Virat Kohli of Pakistan, Azam said his target is to be counted among the top players in world cricket.

“My aim is to be counted among the top players. In every match, I want to give my 100 per cent. I want to perform not just for myself but for the team’s success. Winning games for my teams is of utmost importance for me,” he said.

Before this match, Azam was guilty of throwing his starts and not carrying on in the tournament. But against the Black Caps, the stylish right-handed batsman made sure that he didn’t give his wicket easily. He played the ball on its merit and didn’t try anything extravagant.

Azam, along with Haris Sohail (68), made sure Pakistan didn’t have hiccups during the course of their chase after three wickets fell rather quickly and took them almost to the winning line before the left-handed batsman got run out with Pakistan needing only one run.

When asked about his game plan during the post-match presser, he said: “I was not able to finish the game for the team, however, I went with the same game plan as I go in with every other match. In this match also, I was thinking about building partnerships with Mohammad Hafeez and Haris Sohail and take the game deep.”

Azam has hit 10 ODI hundreds so far but he rates Wednesday’s ton as one of his best. “I can say that this was one of my best innings because it was important for our team to win this game. It was a difficult track to bat on.”

During the course of his innings, Azam also became the second fastest batsman to score 3,000 ODI runs. The 24-year-old reached the milestone in his 68th innings, 11 more than South Africa’s Hashim Amla who tops the list. West Indies great Vivian Richards comes at the third spot as he had taken 69 innings to amass 3,000 ODI runs, followed by West Indies’ CG Greenidge (72) and South Africa’s Gary Kirsten (72).

Talking about Pakistan’s plans for the remaining two matches against Afghanistan and Bangladesh, Azam said they will focus on giving their 100 per cent and go for a win in what would be do-and-die matches for them in the tournament.