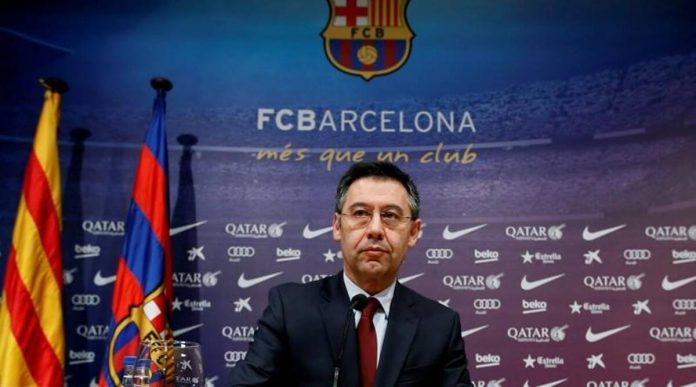 The President of Barcelona Josep Bartomeu has surprisingly resigned from the official post along with the several board members. The reason could be very well in the name and pressure of Lionel Messi.

According to a television speech, Bartomeu said it is a well-thought decision.

The tension was on its peak for the Barcelona board as they were unable to stand n the reputation of their club. With the financial condition worsening over the past one year and the team failing to perform on the pitch it was the president and board who were to answer. On the other hand, their defeat against the german Giants in the UCL with a scoreline of 8-2 was shameful and this led to a scene between the Barcelona board and the Barcelona captain Lionel Messi.

The Barcelona Legend was on his way to England after the hoax with the board and this led to a lot of criticism to Bartomeu.

Messi was in no mood to fight a legal battle with a club and therefore he was found handing a notice to the club regarding the termination of his contract.

Messi was not happy on how the board worked and slammed them in September in an interview where he used the word disaster to signify how the board is working. He was also upset the way they treated Luis Suarez.

Barcelona has not yet ended their bad form as they lost to Real Madrid in the New Camp by 3 goals to 1. Under Ronald Koeman, they look forward to changing their fortunes with the new board and manager in hand and with Lionel Messi still by their side,