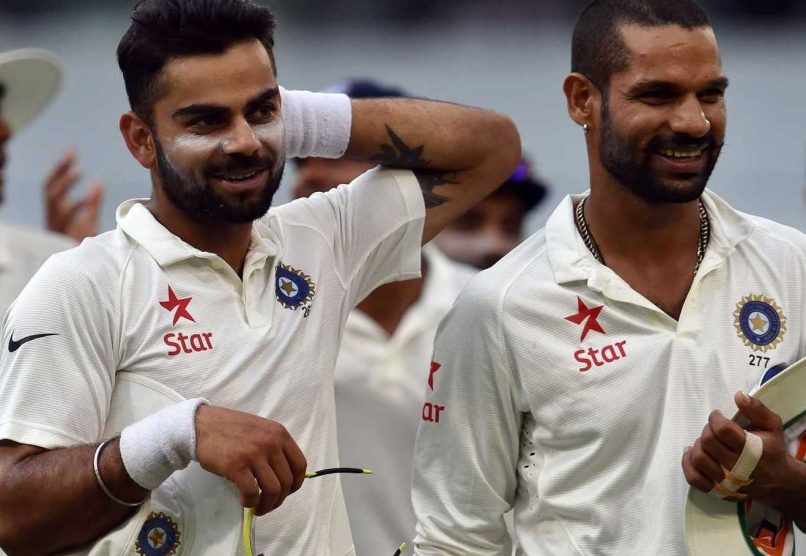 Indian skipper Virat Kohli is one of the highest grossers from endorsement deals globally. But from his earnings from BCCI in 2015-16, he is slightly behind from his teammate Shikhar Dhawan.

According to the website of Indian Cricket, Kohli in his share earned Rs 83.07 lakhs while Shikhar Dhawan made Rs 87.76 lakh in the last year. At the third rank was Ajinkya Rahane recieving  Rs 81.06 lakhs, followed by Rohit sharma and Ravichandran Ashwin getting Rs 73.02 lakhs each. The lowest amout recieved was Rs 32.15 lakhs by Varun Aaron.

The team players have got their match fees of the series held against New Zealand, Australia and England as well as the tax free portion of the cash award announced by the BCCI and Test ranking prize money which the International Cricket Council has given to the Board.

Also, BCCI has spent Rs 3 crores on the registration of land for NPA in Bengaluru.