In recent times, shooting has been the only bright spot for India in the Olympics, with the lone medal coming from shooting in Athens 2004. Beijing 2008 again saw one gold medal, and that too, again from shooting; 4 years later, shooting brought two medals, a silver & bronze at London 2012.

It is thus fair enough to say that shooting matters a lot for most patriotic Indians (even if it is just once in 4 or 2 years). On the brighter side, there has also been a recent surge in youngsters taking up the (rather expensive) sport. But fueled by the achievements of Abhinav Bindra, Anjali Bhagwat, Rajyavardhan Singh Rathore, Heena Sidhu, Gagan Narang, and many others, shooting is now a pan-India sport. True, we may not have a shooting premier league anytime soon. But we do have many shooting tournaments happening in India. So, which are the shooting championships in India?

One of the most mystifying things about the championship is the name. Kumar Surendra Singh was the President of the NRAI (National Rifle Association Of India) in around 1992 (the Barcelona Olympics were held in 1992; this was also the last time India came back empty-handed from an Olympic Games) with his tenure stretching from 1985 to 1999. The only other detail available on him is that his only son was Digvijay Singh (not the one you are thinking of; this one was an MP from Bihar) & that they were related to the Gidhaur royal family, which used to be based in Bihar. Mr. Digvijay Singh was also a President of the NRAI from 1999 till 2010 (when he died). In effect, the son started a shooting tournament named after his father. To their credit, Mr. Digvijay Singh’s daughter, Shreyasi Singh has been winning medals for India since 2010, in trap shooting; she has won medals at the Commonwealth Championships, the Asian Games & the Commonwealth Games.

The 18th edition of the competition was held in Delhi, in June 2018 & is organized by the NRAI. There is no fixed location; it has been held in Indore, Bangalore & Asansol, among others; the 18th edition was to held in Thiruvananthapuram, but that was before the Nipah outbreak. The national event sees participation from Olympians as well as national & state-level shooters. The winners represent this mix; while Olympian Vijay Kumar participated in the 25-meter standard pistol event, 17-year old Mehuli Ghosh won both the women’s & junior’s gold medals in the air rifle event; similarly, 20-year old Shreya Saksena won the gold medal in the 50-meter rifle-3 position event. In 2018, the event was held along with the selection trials for the Asian Games.

Unlike the above competition – which is only for rifle & pistol events – this championship includes shotgun events as well. The competition itself has been named after the founder of the NRAI, Mr. Ganesh Vasudev Mavalankar, who also happened to the first speaker of India’s first Lok Sabha.

Qualification for the event is done through state & institutional championships; West Bengal State Shooting Championship, for one, acts as the qualifying round for this championship for West Bengal shooters. Similarly, NCC cadets qualify for the event through their own championship (which may be the All-India Inter-Directorate Shooting Championship). The 27th edition of the event was held in 2017, at Mumbai. It too has been held all across India; previous editions were held in West Bengal & Gujarat, among other places. The level of competition and respect for the winners is sizeable; for instance, 13-year old Pruthviraj Ayatchi (from Gujarat) won gold in the Junior Men’s 50m Rifle Prone event in 2013 and was congratulated on this by Narendra Modi (the then-Chief Minister). 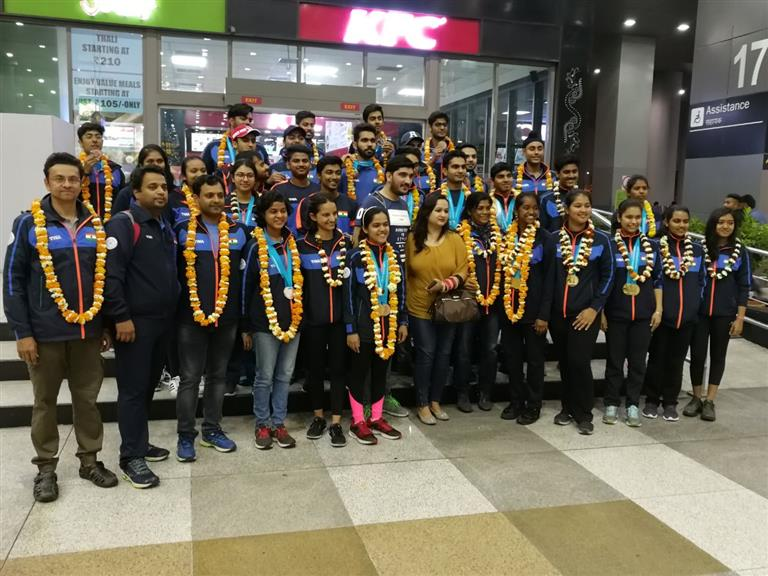 For all Northeast states, apparently.

This event is held for school & college students, from across India. The 11th edition was held in Amity International School, Noida in 2007; the 2016 edition was held in Asansol, while the 2017 edition was hosted by Varanasi.
While the publicity given to this event is much less, the shooters from here are the ones who shoot for India on the senior stage. Kavya Kochhar for instance, won the silver medal in the 10m Air Pistol event, making her state – Jammu & Kashmir – proud. The competition is only becoming fiercer; while the 2007 edition saw 670 entries, the 2017 edition saw 2800 entries from all over India!

This competition is an invitational one, with only those shooters called up who have performed well at the National Championships. The name of the tournament is taken from another former president of the NRAI, Mr. Sajjan Singh Sethi, whose tenure stretched from 1979-85.

India’s best have been a part of this; Rajyavardhan Singh Rathore won the double trap event here in 2012, so has CWG-gold winning Heena Sidhu, while almost all other Olympians and national champions turn up here; the scores are accounted for in the eventual selections for international events. The event is organized in Delhi, with the 11th edition being held in March 2017. 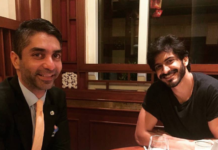