Sri Lanka and Australia played against each other on June 21st at the R Premadasa Stadium, Colombo.

It was the 4th day and night ODI between them in which Australia won the toss and elected to bowl first.

The batsman of SL came out to bat as they got their first breakthrough soon as Niroshan Dickwella gave an easy catch to Carey in the second over itself.

SL players were trying hard to cover the loss of the early wicket when Pat Cummins bowled Kushal Mendis. They faced three losses in the first ten overs and scored less than forty runs.

After losing three of their major wickets, Dhananjaya De Silva and Charith Asalanka started to form a partnership, indeed a much-required one. As the game went off soon, Dhananjaya and Charith completed their half-centuries and formed a partnership of a hundred runs until Dhananjaya, while trying to clear the ball, handed an easy catch to Glenn Maxwell.

While there were falls of wickets on one side, Charith kept on going as he completed his century.

Matthew Kuhnemann, Pat Cummins, and Mitchell Marsh, on the other hand, took two wickets each, limiting SL’s total to 258 runs for the loss of all their wickets.

Now it was a turn for the Australian batsman to chase down the runs scored by SL. The bowlers of SL gave them a quick breakthrough in the form of Aaron Finch. Since the first wicket went off, there wasn’t any partnership formed. Now any batsmen were able to stand in front of the SL bowlers.

While David Warner stood against them as he completed his half-century. He was trying hard to achieve the total made by SL but he lost his wicket at 99 runs, just a run left from his century, as he got caught out by Dickwella.

Chamika Karunaratne, Dhananjaya De Silva, and Jeffrey Vandersay took two wickets each, limiting the AUS team to a score of 254 runs and winning the match by taking all of their wickets.

In the end, Charith Asalanka was declared the Man of the Match for his knock of 110 runs, which helped them win the match.

The crowd goes wild in Colombo as 🇱🇰 beat 🇦🇺 by 4 runs to seal the #AUSvSL series! 🙌🙌🙌 pic.twitter.com/HXmIYmooLc 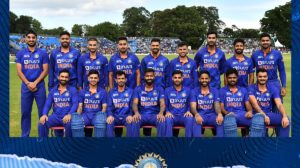 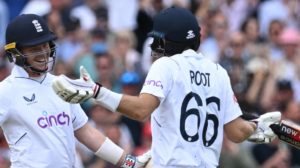 ENG clean sweeped the series by 3-0 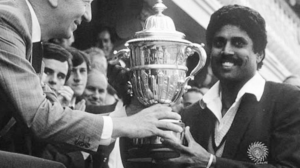