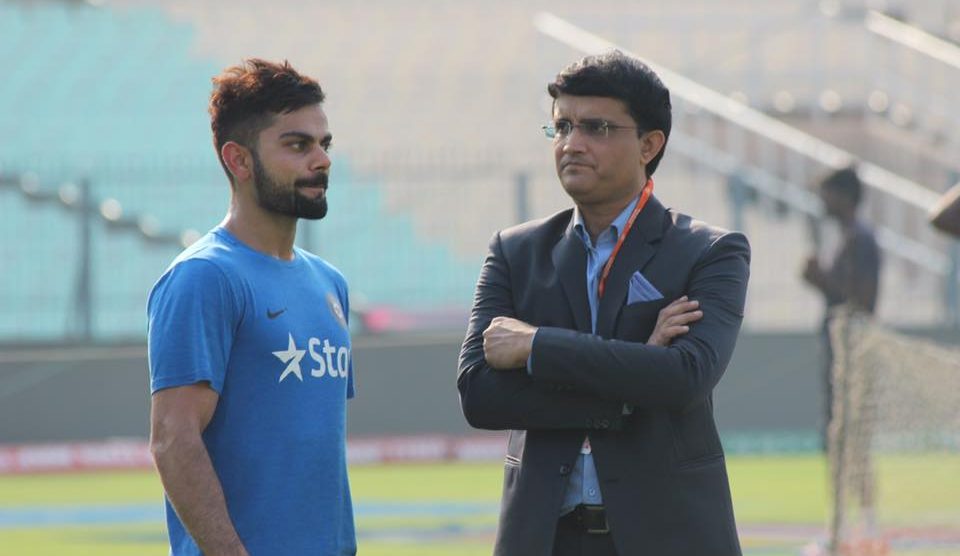 Ganguly has denied meeting team India for feedback on Kumble. He advised the team to focus on their game ahead of the match against Pakistan

On Friday, the news was all over the media that Former Indian captain and the Cricket Advisory Committee (CAC) member, Sourav Ganguly had met the men in blue for feedback on their coach, Anil Kumble. However, he denied meeting any member of the Indian Cricket team, including Virat Kohli saying, “This morning, I’ve been at the ground since 8 o’clock. I’m supposed to have spoken to players, spoken to Virat. I’ve not done it one bit, and neither am I keen to.”

Taking the first priority as team’s performance, Dada advised the team players to focus on cricket and not to get involved in such topics at an important time like this. He said,”Just deal with it. You’re a name, you’re captain of India, you’re coach of India, you’ll have to deal with it. Just keep quiet and play the game.”

“Whether there is uncertainty (over the coach’s future) or not I don’t know. We’ll have to wait and see. All of us can talk. But there are two exceptional cricketers: Virat Kohli and Anil Kumble. They’re responsible cricketers; they know what they’re doing,” Ganguly added.

It is clear that Ganguly is not ready to tell anything about Kumble’s future as a coach.

“Sometimes small things just get blown out of proportion. If two of you are sitting in the media box discussing players, each has a different opinion. Doesn’t mean you don’t get along,” Dada said explaining the ‘rift’ between Kohli and Kumble.

He felt controversies should not make a home in a sportsman’s mind and he should always find a way through them and perform, “You just have to deal with it and move on. That’s life. You should not worry about it. Professionals find a way. Look at (Cristiano) Ronaldo. He’s in controversies every week but he still comes out and takes Real Madrid to the Champions League final.”