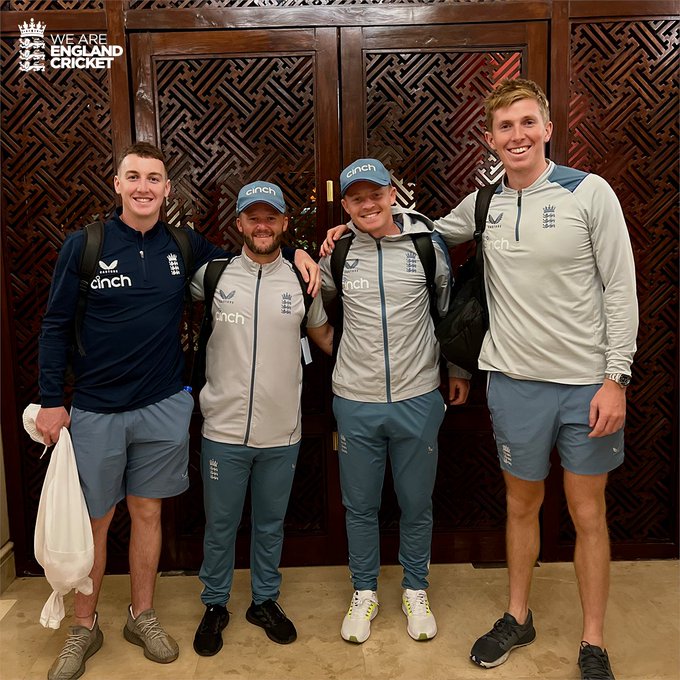 England created history of the most runs on the first day of the test match.

The English team is on a tour of Pakistan for the ICC World Test Championship.

The test match is going on from 1st Dec- 5th Dec in Rawalpindi.

They both started great with great shots and boundaries.

The openers were seen in some other form as they were hitting great shots at the Pakistani bowlers.

As they were playing great innings Zak Crawley became the fastest England opener to complete his hundred.

He completed his hundred in 86 balls.

They both also recorded the highest opening runs session in a test match.

Pakistan bowlers came back in the game as they took the wickets of both the openers in two consecutive overs.

After that Ollie Pope took charge along with Joe Root.

The Pope along with Harry took forward the game.

As they both were playing, they even completed their centuries.

By completing the century Harry became the third fastest player for England to complete a hundred.

Ben and Harry with their knocks made their maiden test centuries.

As the day ended England broke the record for the highest runs on the first day of test cricket.

England broke the record of Australia, they made 494 runs against South Africa on 9th Dec 1910.

They rewrote the record as 506/4 in Rawalpindi on 1st December.

The crowd witnessed an outstanding batting performance and four centuries in a single day.

As the match went on from the second day England’s teams were all out at the score of 657.

Abdullah Shafique and Imam-ul-Haq opened the Innings for Pakistan.

They both gave a great start to the team as they also completed their centuries.

After the fall of wickets of the openers, Babar came into bat.

He also performed well and completed his century.

The Pakistani team is still trailing by 158 runs.

Are you not entertained!? 😉